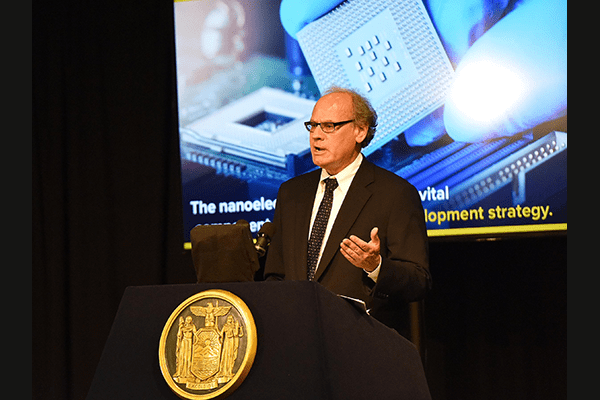 Top draw goes to Instrumentation Laboratory in Orangeburg with two grants totaling nearly $3 million to expand its manufacturing and technology center by 30%. Other awards for Rockland manufacturers include $320,000 to Guardian Booth, LLC for new machinery and equipment, $550,000 to Riviera Produce Corp. to renovate a 100,000sf production facility for fresh produce, and $1.7 million to Vitane Pharmaceuticals Inc. to expand its manufacturing facility to produce Nutraceuticals and RX products.

The Regional Economic Development Council Initiative was established in 2011 as an effort to jump start the economy and create jobs. Nearly 7,400 projects have been funded. Since the first year of the initiative, the CFA has enabled businesses, municipalities, not-for-profits and members of the public to apply for multiple sources of funding from dozens of state agency programs through a single application, for projects that create jobs and help to revitalize communities.

“This has transported the state from Brooklyn to Buffalo,” said Howard Zemsky the council’s outgoing chairman. “It has fundamentally changed the way New York does business.” Eric Gertler will be the new head of Empire State Development.

Reflecting on the success of the program, New York Lt. Governor Kathy Hochul noted how far New York State has come in nine years. “I remember how down and out it was; no attention was given to upstate New York.”

Over a decade, Hochul has walked the streets of small towns, gone to ribbon-cutting and groundbreaking ceremonies. “There is a sense of optimism now that didn’t exist for 40 years.”

Similar to what the Mid-Hudson region scored, Western New York received $67.3 million, the Finger Lakes got $64.4 million, North Country took in $67.9 million, and New York City walked away with $66.3 million.

Nearly the rest of Rockland’s CFA winners include municipal improvements such as $250,000 to the Village of New Hempstead for sidewalk improvements, $50,000 to the Village of New Square for drainage upgrades, $22,000 to Piermont for an engineering study to address the erosion on the bank of Sparkill Creek, and a $20,000 grant to Nyack to create a climate action plan to achieve goals by 2030.