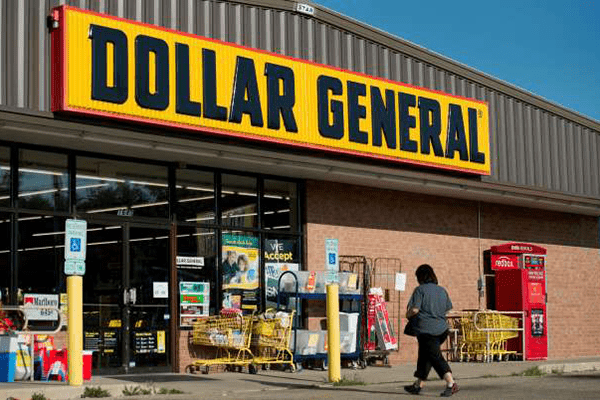 Deep Discounters Proving To Be One Of the Strongest Retail Segments

Dollar General, Five Below and Dollar Tree in the third quarter continued to grow sales and collectively opened more than 1,000 stores.

Dollar General remains one of the fastest-growing retailers in America, attracting customers with rock-bottom prices on snacks and household goods. It’s so confident in that strategy that it plans to open 1,000 new stores in 2020.

Despite the strengthened US economy in recent years, dollar stores’ popularity has endured. Wages for a vast number of Americans have grown only modestly. Americans living paycheck-to-paycheck have been a boon to Dollar General, and wages for a vast number of them have grown only modestly. The chains have also reached higher-income shoppers seeking discounts.

Dollar General tightened its grip on shoppers during the most recent quarter, increasing sales at stores open for at least a year by 4.6% compared with the same period a year ago. It marked Dollar General (DG)’s fastest quarter of sales growth in five years.

Its profit increased, too, up 11% during the quarter and the company raised its outlook, driving its shares up 5% in early trading. Dollar General stock has rallied more than 50% over the last two years.

Dollar General CEO Todd Vasos said in a statement that Q3 was “highlighted by our best customer traffic and same-store sales increases in nearly five years.” The quarter and the two preceding it were so strong that he said management was raising guidance for its fiscal year. The spike in top-line sales came from new stores the deep discounter has opened as well as the increase in comp sales, with store closures offsetting the increase somewhat. Buoying comps was growth in the retailer’s consumables, seasonal, home and apparel categories.

By opening 1,000 new stores next year, Dollar General’s growth is nearly unrivaled in the industry at a time in which many brick-and-mortar retailers are closing stores or folding. Walmart (WMT), which swept into new towns for decades with massive superstores, has essentially stopped opening new ones. By contrast, Dollar General is entering new cities and towns with small stores and opening up in areas where it has already gained hold.

Dollar General currently has more than 16,000 stores in the U.S., including locations in West Haverstraw and Pearl River, and caters mainly to low-and-middle-income customers in rural and suburban areas, while its rival, Dollar Tree (DLTR), which has locations in Nanuet, Valley Cottage, Pomona and West Haverstraw, targets suburban, middle-income shoppers. Family Dollar, which has a location in Spring Valley, focuses on lower-income urban and rural customers. Dollar Tree bought Family Dollar in 2015, but has struggled to absorb the chain into the company.

On Wednesday, the Trump administration unveiled a final rule that will require more food stamp recipients to work to receive benefits. The new requirement limits states’ abilities to waive existing work mandates and could result in 688,000 people losing assistance, according to the US Department of Agriculture.

Dollar General has said a little under 5% of its sales come from the Supplemental Nutrition Assistance Program, or SNAP, as the food-stamp program is formally known.

“We don’t see this as a material impact next year,” CEO Vasos said on a call Thursday. “We’ve continued to see a long-term trend of reduced benefits over time gradually. But over that time, our share has grown as well.”

In recent years, a wave of cities and towns have passed laws curbing the expansion of Dollar General, Family Dollar and Dollar Tree.

Meanwhile, Five Below, a popular store with locations in Rockland Plaza and the Palisades Center  focusing on products for $5 and under, is undergoing a colossal change: Its price point is going up for the first time in 17 years.

No longer will the store, a bargain hunter’s dream, only sell items priced at $5 and under. Now, the store will be raising prices on certain items — including tech products and certain toys and games.