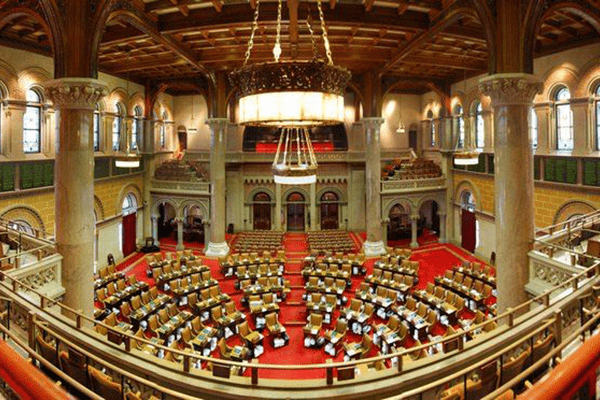 Later, Ed Day, speaking to a packed room at the Rockland Business Association’s luncheon, reiterated the need to put a hold on the impending law, calling it “arrogant, lacking in research, and impossible to comply with.”

Beginning next year, people charged with misdemeanors and nonviolent felonies will in most cases be released without cash bail, pending their trials. In another reform, prosecutors will be required to disclose evidence to the defense within 15 days of an indictment instead of shortly before trial, a practice that prompted many a guilty plea before court proceedings even got underway.

With many concerns about public safety and the safety of victims and witnesses, there must be a closer look at the unintended consequences of changes to discovery and bail laws. These new laws were embedded in the budget bill and “passed with little to no input from the law enforcement community,” Day said.

In addition, local officials say Gov. Andrew Cuomo and the state Legislature failed to include funding to help enact the reforms, which will create a burden on local municipalities.

Day and others say the bail bill will eliminate cash bail for many crimes and fails to provide any mechanism for judges to consider a defendant’s danger to the community.

“This is a risk to your safety,” Day told those at the luncheon. “How dare they?”

In contrast, the Chief Defenders Association of New York, put out this statement:

“Earlier this year, New York took a giant leap forward for fairness, public safety, and fiscal responsibility by enacting new bail, discovery, and speedy trial laws. No longer will defendants be starved of critical evidence in their cases, which has fueled wrongful convictions and cost taxpayers millions in civil settlements. No longer will our bail laws allow the wealthy to go free pretrial while people in poverty are jailed for the exact same charges. As defenders, we have been appalled as countless people have been forced to plead guilty, regardless of guilt or innocence, to get out of jail.”