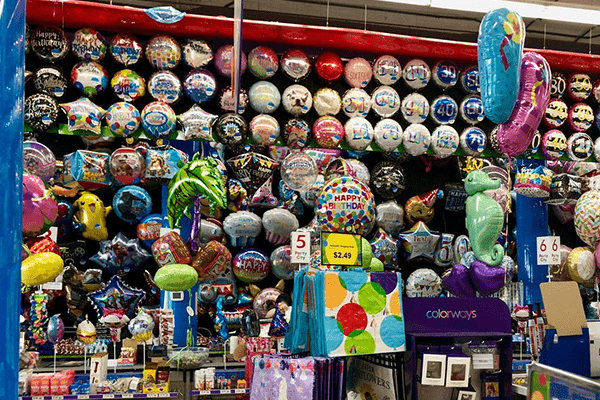 Party City is closing 10 more stores, the company announced in a recent financial statement. The company has already shuttered half of the 55 stores it plans to close.

The Elmsford, New York-based company with the corporate name of Party City Holdco, said as of Sept. 30 it had shut 34 of the brick-and-mortar locations it plans to close in fiscal 2019.

In May, the specialty party-goods supplier announced it was closing 45 stores, far more than the usual 10 to 15 it shuts annually. But by August, Party City had bumped up the number of stores on the closing list, by 10 to 55.

James Harrison, chief executive of the 900-store Party City chain, described the third quarter and October results as “disappointing, as many of the tailwinds that we expected failed to materialize.”

Halloween is typically a busy period for retailers such as Party City, which sells costumes and decorations. But Halloween product sales for the third quarter and October combined dipped 3.2% overall year over year. Halloween City sales-per-store dropped 20.8% from the prior year, according to Party

City. The retailer had fewer temporary Halloween City pop-up stores, 256 compared to 239 in 2018.

This has been a brutal year for store chains. Chains have closed more than 5,000 stores, while smaller regional retailers have been going dark too. Clarkstown’s Route 59 corridor and the Palisades Center are feeling the pain. The retail chain Destination Maternity, which is in Chapter 11, plans to close 201 locations in the United States, including the Nanuet location. Dress Barn and Charlotte Russe are closed or closing. Lord & Taylor is closing in January, and Bed, Bath & Beyond is closing is June.

It is unclear whether Party City in Rockland Center will be a victim of the company’s shrinkage.

Party City said in May that it would close 45 stores in 2019 and amid a global helium shortage that has impacted the retailer’s balloon sales. In May, the company said it secured a new source of helium to weather the shortage, but the company reported a negative impact in balloon sales this quarter.

“Overall, in the second quarter we continued to experience headwinds from direct and indirect impacts of the helium shortages and higher helium costs in many of our markets,” CEO Jim Harrison said.

However, the company’s decision to close the additional 10 stores for a total of 55 is “completely unrelated to the global helium shortage,” Harrison said in a statement. “These are two separate topics. Our decision to close an additional ten stores in Q4, which were originally slated for closure in 2020, is part of our network optimization process, focusing on maximizing store performance on a market basis.”

Party City started the year with 870 stores and typically closes 10 to 15 locations a year.

from the National Retail Federation that retail Halloween sales would decline 2.2%, from $9 billion last year to $8.8 billion.

“We are carefully analyzing our Halloween results and addressing the underlying issues and opportunities we have identified to improve the business going forward,” Harrison said. “We have revised our full year outlook to reflect the third quarter and October shortfalls.”

“The general consensus is that the season was down low single digits, in the 5% range, give or take,” Harrison said. “But that then varied by format, with e-commerce being up slightly, with independents and brick-and-mortar being down in the 5% to 6% range.”

In October, Party City announced that it had completed its sale of its 65-store Canadian retail business to Toronto-based Canadian Tire, for about $132 million. Proceeds from the transaction will primarily be used to pay down debt.