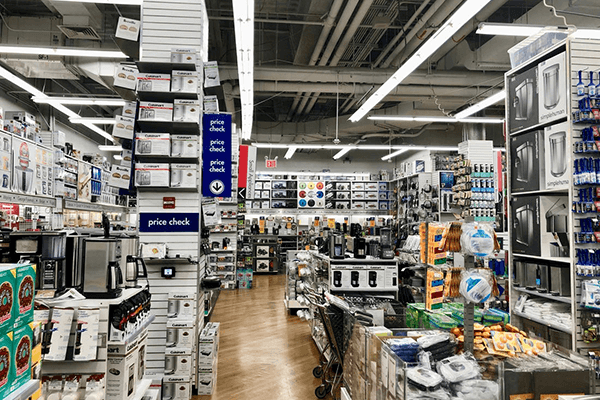 Bed Bath & Beyond is closing its store in the Palisades Center in June.

The Bed Bath & Beyond in Spring Valley, will remain open, for now.

The store is one of the 40 locations the retailer plans to close this year. In April, the big box retailer said it would test “lab” stores that will sell more home décor and food products.

Like other struggling big box retailers, Bed Bath & Beyond is shuttering stores and experimenting with new concepts to prevent its demise. Barnes & Noble, which is also closing stores, but opening new, smaller-store concepts with more merchandise diversity.

The 15 “lab” stores will offer more home decor and food products, the company announced this week. The number of stores to be shuttered could increase if more favorable lease agreements can’t be reached with some of its landlords, company officials said in a conference call.

The home goods chain has struggled to compete with traditional retailers such as Walmart (WMT) and Target(TGT), as well as online retailers Amazon (AMZN) ad discounters like TJ Maxx and its HomeGoods arm. At Home is expected to take the ground floor of the former Macy’s store at the Shops of Nanuet.

With more than two months left in 2019, the number of announced stores to shut is already more than 4,800 above last year’s total, and over 3,000 more than were announced during the downturn in 2008.

The ‘shrink-to-grow’ trend may be a life raft for the retail industry, but it will negatively impact shopping center owners and investors, as it results in more brickand- mortar space going vacant as retailers continue to close unproductive locations.

This trend could further deteriorate performance of poorly located

retail space, which already suffers from lower average rent levels and higher average vacancy compared to well-located retail. Well-located retail generally is less exposed to tenant moveouts, and typically fills space faster when a move-out does occur. Well-located retail has a higher probability of actually improving the tenant quality of its roster by replacing tenants that vacate space with a financially stronger retailer, arguably putting the retail center in a more favorable position as a direct result of a closure.

2019 has already seen a loss of nearly 100 million square feet, but below the total from this time last year when substantial store closings by big-box retailers and department stores including Toys “R” Us, Sears, Kmart and Bon-Ton, 2018 set the record for the most announced space to close in history. These four anchor tenants alone accounted for three-quarters of the 155 million square feet announced for closure last year.

Nevertheless, Lord & Taylor, an anchor store at the Palisades Center, is due to close in June.