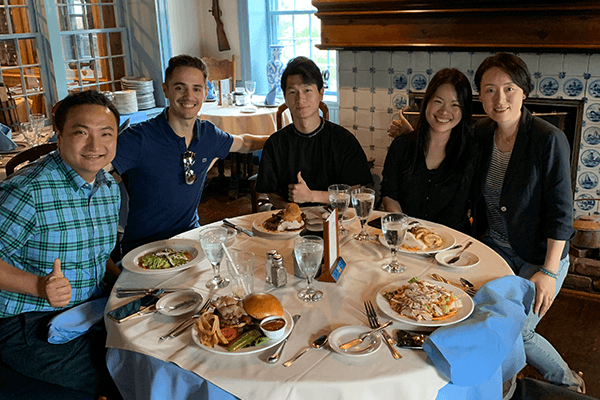 Rockland Is Courting Chinese Visitors But Tariffs Are Hurting Industry

Chinese tourism revenues based on room bookings through August were estimated at $18 million, with 3,000 hotel room bookings (6,000 plus visitors). Total revenue figures were not yet available.

Rockland County’s is well-positioned to draw Chinese tourists, having embarked on an ambitious campaign to develop overseas sources and working with hotels, restaurants, and area attractions to tailor their offerings to this traveler segment.

But America’s trade war between the United States and China is beginning to impact the $1.6 trillion American travel industry.

In New York City, spending by Chinese tourists, who spend nearly twice as much as other foreign visitors, fell 12 percent in the first quarter. And in San Francisco, busloads of Chinese tourists were once a mainstay of one fine jewelry business; over the last few years, the buses stopped coming.

Figures from the Commerce Department’s National Travel and Tourism Office show a sharp decline in the number of tourists from China last year.

Industry professionals worry that the drop-off is picking up speed this year, affecting not just airlines, hotels and restaurants, but also retailers and attractions like amusement parks and casinos.

Tori Barnes, executive vice president for public affairs and policy at the U.S. Travel Association, a trade group, said the Chinese were especially valuable because they were spending an average of $6,700 during their stays — 50 percent more than other international visitors.

The decline in Chinese tourism may be tied, in part, to a slowdown in the Chinese economy, which has left consumers with less money for discretionary spending. But travel industry professionals, international trade experts and economists say the bigger factor is the trade war and the inflammatory rhetoric associated with it. They say Beijing may see its sizable population of global travelers as a cudgel in its battle with the United States.

“That is a real threat to the U.S., if the Chinese run out of options,” said Jan Freitag, senior vice president at travel research and data firm STR. “China has only so many things they can put a tariff on. The one thing where they have leverage is tourism outbound.”

On June 4, China’s Ministry of Culture and Tourism issued an advisory about travel to the United States, saying its citizens have been interrogated, interviewed and subjected to other forms of what it called harassment by American law enforcement agencies. A day earlier, its Ministry of Education warned students bound for the United States that they risked visa delays or other potential disruptions, after the State Department began requiring most visa applicants to provide the agency with detailed information about their past five years of social media use.

For now, Jeremy Schulman, Rockland County’s director of economic development and tourism, does not see waning interest in Chinese travel to the county or the region. This fall, nearly 40 operators from a handful of groups are coming on FAM tours, excursions that familiarize them with options for lodging, dining, shopping, recreation and other attractions. Typically they stay for several hours or up to two days with some tours oriented toward fall attractions like apple picking at Dr. Davies Orchards and foliage trips to Bear Mountain.

In 2016, the county set goals to be “China Ready and China Savvy” to encourage tourism. BBG&G was hired to develop a multi-layered Rockland County China Marketing program that “speaks directly to the desires and interests of the affluent Chinese tourist.”

China is one of the world’s largest outbound tourism market.

Rockland has worked with and trained many in the tourism and hospitality business to tailor offering to the China market. The county has created a welcome kit, counter cards, window posters and sticks and a FAQ brochure as well as a China-Ready handbook, common phrases cheat sheets, welcome letter and business portfolios. It also has a bi-lingual website.

Rockland County also positioned itself as an affordable option to Manhattan and the stopover for the rest of the Hudson Valley.

“We have developed an intimate understanding of the Chinese culture and what the Chinese tourism market is looking for,” said Schulman. “We have achieved this by conducting consistent and thorough research to ensure that we keep up with Chinese travel trends, and can adjust our product as needed.”