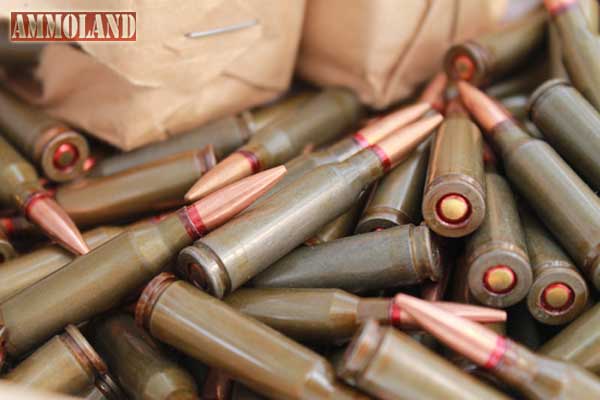 Walmart this week said it will stop selling ammunition that can be used in military-style assault rifles and would discourage customers from openly carrying guns in its stores. But an assistant manager at Rockland’s only Walmart in Suffern said no such dictate has been received by the store’s personnel yet.

“We sell ammunition for rifles and pistols but not for military assault rifles,” said Clayton, as assistant manager who said he preferred not to reveal his last name. “Mostly for hunting, but there is not a big demand for that.”

He also said that Walmart’s corporate office has “not communicated to us” about any ban on ammunition. The store sells ammo for mostly 9 mms, 45s, and hunting rifles.

A month ago, a gunman killed 22 people at a Walmart store in El Paso, the latest mass shooting that has elevated the national gun debate. Walmart is the nation’s largest retailer, and a big seller of firearms and ammunition. Suffern’s assistant manager also said the local Walmart does not sell guns.

The retailer made the announcement after weeks of discussing the appropriate response to the violence that occurred in El Paso on Aug. 3. The company said, “We’ve also been listening to a lot of people inside and outside our company as we think about the role we can play in helping to make the country safer.”

The decision is in line with public opinion polls that favor more gun controls, and advocates, gun violence victims and others have increasingly called for action. The company said that after “selling through our current inventory commitments,” which could take several weeks, it would stop selling certain short-barrel rifle ammunition and all handgun ammunition.

Walmart, which usually steers clear of politics, has, by its decision, stepped into a protracted debate over stronger background checks to remove weapons from those who have been determined to pose an imminent danger. The company also said it supported a new debate over an assault rifle ban.

“As we’ve seen before, these horrific events occur and then the spotlight fades,” said Walmart’s chief executive, Doug McMillon. “We should not allow that to happen. Congress and the administration should act.”

Supporters of gun rights rebuked Walmart’s decision. The National Rifle Association predicted in a statement that Walmart would lose business to other retailers “who are more supportive of America’s fundamental freedoms.”

Walmart several years ago stopped selling the type of assault-style rifle that was used in the El Paso shooting, but the company will now stop selling any ammunition that could be used in those weapons.

As the assistant manager at Suffern stated, firearms and ammunition are not a vital part of Walmart’s business but the retailer’s prominence, not only in rural America but in East and West Coast cities, and in the suburbs, and its e-commerce platform, gives it a significant voice at a  time when mass shootings have become a part of the American way of life, and occur at a rate that no longer surprises anyone.