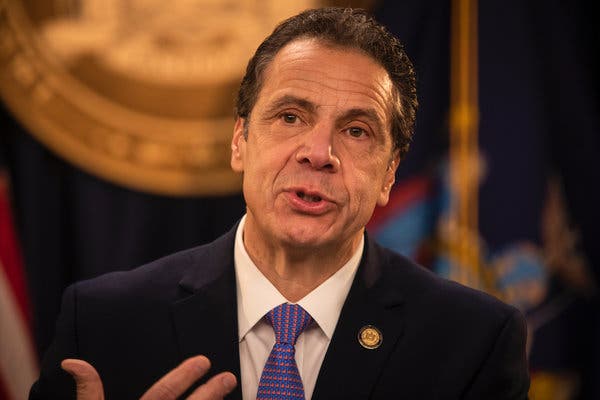 By a 51-39 percent margin, New Yorkers say Andrew Cuomo has made New York a better place to live in his nine years as governor. Yet, Cuomo’s favorability rating, negative 43-50 percent (down from 52-42 percent in June), matches his lowest-ever favorability rating, and his job performance rating 34-64 percent, hit its lowest level ever, according to a new Siena College Poll of registered New York State voters released today.

Voters overwhelmingly support new laws to require vaccinations of children regardless of the parents’ religious beliefs, institute a farmworkers’ bill of rights, mandate zero carbon emissions in electricity by 2040, ban single-use plastic bags, and prohibit use of the gay and trans panic defense.

A majority opposes the law allowing undocumented immigrants to obtain a New York driver’s license. By a 52-33 percent margin, voters say the recently concluded legislative session will move the state on the right track, not in the wrong direction.

“For the dog days of August, voters give Cuomo good news and some bad news. The good news: by a margin of 51-39 percent, they say he has made New York a better place to live in nine years as governor. Democrats, black, Latino and Jewish voters, and voters from New York City strongly agree he’s made the state better. Republicans overwhelmingly say he’s made the state worse, as do a plurality of independents and upstaters.

Men, downstate suburbanites and white voters are closely divided,” said Siena College pollster Steven Greenberg. “Voters say Cuomo has put New York on the right track on protecting the rights of all New Yorkers, providing children with a quality public education and ensuring accessibility to affordable quality health care. They give him mixed grades on infrastructure and helping businesses succeed. A plurality say he’s moved the state in the wrong direction on creating a fair tax structure and managing state government effectively.”

“The bad news for Cuomo is that for only the second time, half of voters view him unfavorably. Nearly two-thirds also give him a negative job performance rating,” Greenberg said. “Since June, his favorability rating has fallen double digits with Democrats, Republicans, independents and voters from every region of the state.”

Democrats, Republicans and independents overwhelmingly support requiring children to be vaccinated regardless of their parents’ religious beliefs. There is also strong support for the new farm workers’ bill of rights and mandating significant reductions in carbon emissions and greenhouse gases, although Republicans are not as strongly supportive as Democrats and independents.

Two-thirds of Democrats and a plurality of independents say the recently-concluded legislative session will move New York on the right track; nearly two-thirds of Republicans say it will move the state in the wrong direction. A strong majority of New York City voters and a plurality of non-New York City voters say the session moves the state on the right track.

Voters support many actions from the recent legislative session, continue to view both houses of the Legislature favorably, and a plurality are prepared to re-elect their legislators. Despite that, voters overwhelmingly say, 68-22 percent, it’s better if both parties controlled at least one branch of state government to provide checks and balances.”

Even a strong majority of Democrats favor two-party control of state government.

“Trump continues to be viewed overwhelmingly negatively by his fellow New Yorkers – with the exception of Republicans, nearly three quarters of whom continue to view him favorably and give him a positive job performance rating,” Greenberg said. By a 53-41 percent margin, voters support the new law allowing certain congressional leaders to have access to state tax returns of any New Yorker, including the President. The law is supported by nearly three-quarters of Democrats, and is opposed by two-thirds of Republicans and a majority of independents.