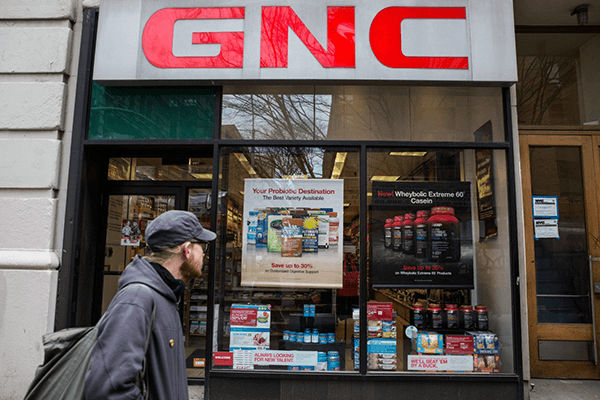 Retail Closures Could Reach 12,000 By Year-End

Health and wellness retailer GNC plans to close up to 900 stores with big cuts to mall locations expected. Rockland has several GNCss including locations in the Palisades Center and The Shops at Nanuet. Officials with the Pittsburgh-based chain spoke of their continued “store optimization effort” during the GNC’s second-quarter earnings call with analysts Monday.

“I think it could be likely that we’ll reduce our mall count by a nearly half,” said Tricia Tolivar, GNC chief financial officer. “So we’ve got a little over 800 malls today and over the long-term, we could bring that closer to 400 to 500.”

The company did not disclose which locations would be shuttered.

In the first six months of 2019, company records show 192 company-owned and franchise locations have already closed.

GNC officials had announced in November 2018 that they would close up to 900 stores over the next three years in the U.S. and Canada as leases expire. Now, looking at the current foot-traffic trends in malls,  “it’s likely that we will end up closer to the top end of our original optimization estimate,” GNC Chairman and CEO Ken Martindale said.

Of GNC’s approximately 4,100 U.S. locations, 61% are in strip centers and 28% are in malls, Martindale said, noting strip center locations have been “relatively stable from a comparable sales perspective.”

There also are around 2,200 locations in Rite Aid stores, including a location in Garnerville.

Officials said Monday that the company is expanding on partnerships with Dick’s Sporting Goods and Hudson News.

Overall across the retail sector, more than 7,400 store closings are already in the works or completed so far in 2019, which is 27% more than all of 2018, according to Coresight Research’s latest store closings report.

Coresight, which has offices in Manhattan, London and Hong Kong, tracked 5,864 closings in 2018, which included all Toys R Us stores and hundreds of Kmart and Sears locations.

The “going-out-of-business” sales and liquidation of other brands are expected to continue. Coresight estimates closures could reach 12,000 by the end of the year, the report said.