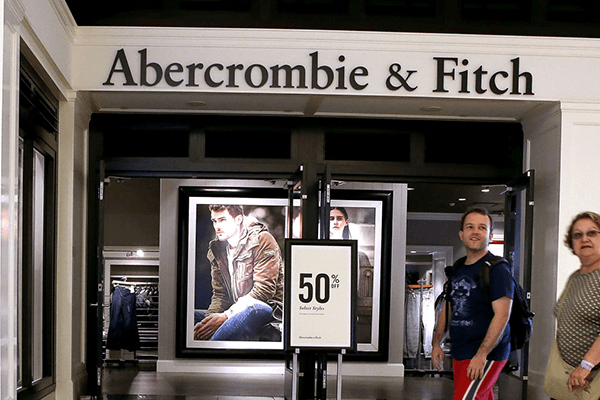 Teen apparel retailer Abercrombie & Fitch Co. plans to close up to 40 stores during fiscal 2019, after closing 29 locations last year. The company has not specifically identified which stores will close but most will be the U.S.

Abercrombie & Fitch Co. today reported that first quarter net sales were essentially flat, rising slightly to $734 million from $731 million in the year-ago quarter. Net sales at the flagship fell 1% to $306 million as net sales at its lower-priced Hollister brand rose 1% to $428 million, according to a company press release.

The retailer’s net loss narrowed to $19.2 million from $42.5 million a year ago as the 60.5% gross profit rate was flat to last year. The company’s $27.3 million operating loss reflected a 210 basis point year-over-year operating loss margin improvement to 3.7%.

Abercrombie & Fitch is seeing its lower-priced Hollister brand, despite some ebbing of growth there, continue to buoy its overall results. The flagship seemed to falter somewhat despite improvements to stores and merchandise.

But its turnaround is on track, executives also said, so they plan no major alterations to it as announced last year, aside from closing a few extra locations. The company announced today it will close an additional three stores — its SoHo Hollister store in New York, and Abercrombie stores in Fukuoka, Japan and Milan. The company has previously said it could shutter up to 40 stores globally this year, on top of the 29 closures last year that reflected a total square footage reduction of about 2%. According to Wednesday’s release, the company “remains on track to deliver approximately 85 new experiences through new stores, remodels and right-sizes this year.”

The quarter’s relatively modest top-line sales gain “is partly a function of the ongoing store closure program,” the company noted, calling it “a necessary measure which, over the medium term, will help improve profitability and allow A&F to focus its investments on stores and channels which can truly deliver.”

The company’s dedication to its turnaround is most evident in its real estate plans. Closures have the unfortunate side effect of reining in sales, but that shouldn’t detract from their overall value to the wider effort, according to GlobalData Retail Managing Director Neil Saunders. “The company’s willingness to sacrifice even high-profile stores, if they do not generate profitable benefits in sales or in terms of driving online revenue, is prudent,” he said. “Alongside the closure of underperforming stores, the right-sizing, reconfiguration, and investment in existing stores is also paying dividends. In our view, A&F has a firm grip on creating a chain that is suited and configured to the needs of modern consumers.”