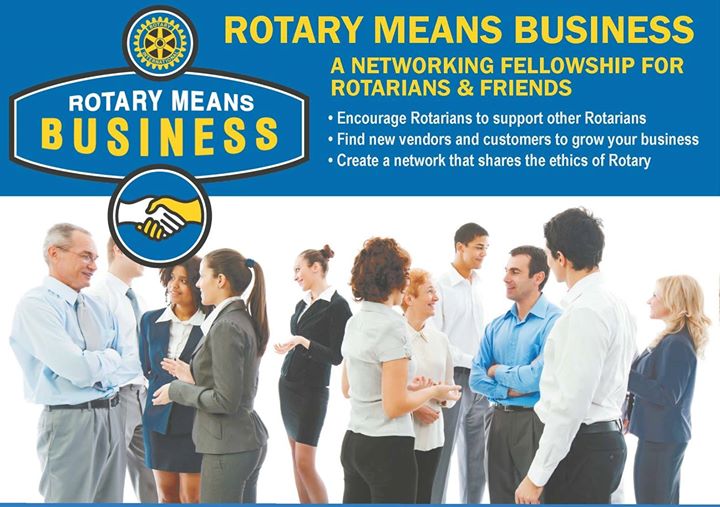 When you think of Rotary Club, images of helping hands and healing hearts springs to mind. That’s especially true if you are a Rotarian.

But recently, Rotarians in Rockland, and in jurisdictions nationwide, are affiliating with a new, but really an old practice: business networking. Just over a year ago, three local Rotarians founded Rockland Chapter of Rockland Means Business, which is a monthly meeting that unites members from the county’s 11 local clubs.

The strict purpose of the meeting is to network – just like you would at a BNI meeting – except attendees must be due-paying Rotarians.

Heading up the chapter, which meets the second Tuesday of every month from 6 pm to 7 pm at the City Line Diner in New City, is Seraphim Wood, a Spring Valley Rotarian, and an independent voluntary benefits broker for insurance companies.

“There was a time when Rotarians were shunned if they tried to do business at club meetings,” said Wood. “Wearing a business tee-shirt with a logo or handing out business cards was taboo.”

While clubs still focus on humanitarian service and building goodwill and peace in the world, particularly through charities that help children and the environment, Rotary Means Business International is the worldwide organization’s latest push to return to its earliest roots of business networking.

When Paul Harris founded the organization in Chicago back in 1905, he had said, “If any one tells you that it is reprehensible to make a dollar or two for the wife and babies from club associates in straightforward business transactions, tell that person that some foreign substance has gotten into his carburetor” back in 1911.”

Wood says doing business with Rotarians – people who he’s most inclined to trust and share values with – makes sense. He also believes Rotary runs the risk of becoming irrelevant to younger generations if business networking is a no-no.

“To participate in charitable works, one must have the means to do so,” said Wood. “That comes from running a successful business. It’s through networking with other Rotarians that we can assist in the process of making our businesses successful together.”

To date, some 30 Rotarians from eight of Rockland’s 11 chapters have joined the networking club. Members pay a one-time fee of $75, plus $12 for appetizers at monthly meetings. Members of Rockland Means Business must be in good standing with their local chapter.

Wood has tried to network in all kinds of groups. In general, he believes many of the networking options feel impersonal or the dues are expensive.

Rockland Means Business, however, does borrow a page from BNI, and similar groups. Members are given 60 seconds for their “elevator pitch” and they express what kind of business alliances they are looking for. The one-hour meetings pack in a guest speaker.

Many Rotarians are part of the graying population, older, retired, with time on their hands. Expanding Rotary to include straight-forward business networking is part of the organization’s mission to keep it robust and relevant for younger generations.

Wood says the business network is already bearing fruit. He and a financial planner from New City have been able to cross-pollinate their business referrals.

“But for this kind of group, I probably would not have met him,” Wood added.