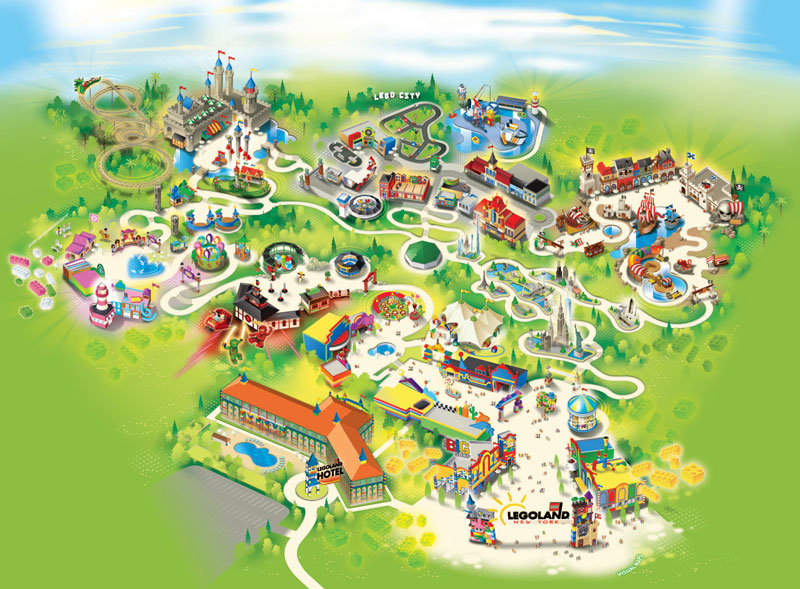 Since May 2018, the New York State Department of Environmental Conservation has cited Legoland for violations for polluting local waterways on 27 occasions, and the Town of Goshen has done so at least once. Site clearing for the $500 million amusement park, near Route 17′s Exit 125, began in January 2018.

Both agreements between the state and Legoland call for stabilizing the disturbed soil contributing to erosion and creating a better erosion control plan, for which the company has 30 days.

One major runoff-prevention challenge has been moving 2.5 million cubic tons of dirt around the site in a town-approved construction plan that calls for not trucking in or removing soil, Legoland’s leaders have said.

The municipal mandate was intended to keep construction trucks off Goshen’s roads. But the requirement has greatly complicated erosion and drainage planning. Legoland’s leaders also have blamed copious rain.

“Stormwater management is more challenging in a year such as 2018, which saw 74.3 inches of rainfall in Goshen — nearly 30 inches above average,” Legoland spokesman Matt Besterman said in a statement. “We are moving forward with construction in full compliance with all applicable requirements and remain committed to opening Legoland New York Resort in 2020.”

The park’s opening is planned for spring 2020..