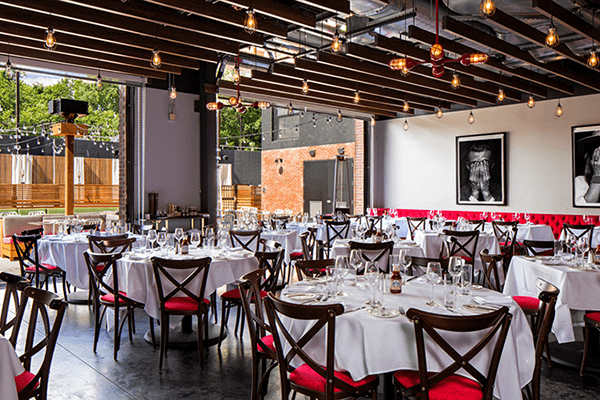 Kerry Wellington, the former owner of BV Grill Nyack LLC, which leased the eponymous restaurant at the Time Hotel in Nyack, filed a voluntary petition for bankruptcy on Monday.

BV Grill Nyack LLC was an entity that leased space in the Time Hotel. The company contracted with Joseph Smith of STK Restaurant Corp., which operated the BV Grill restaurant at the hotel.

In August 2018, the Time Hotel was forced into bankruptcy due to fiscal mismanagement, but BV’s Grill continued to operate while the bankruptcy ran its course. Last week, the hotel emerged from bankruptcy with a new owner, Juniper Time LLC, which paid $18.5 million at auction.

Wellington’s lease was null and void after the sale. However, STK will continue to operate the restaurant under the name BV’s Grill. Because Wellington’s LLC was deeply in debt to a slew of creditors, including STK, Juniper Time, and the bankruptcy trustee, she filed Chapter 7 bankruptcy.

In the bankruptcy filing, Wellington listed assets of only between $100,000 and $500,000 and debts exceeding $1 million. Unsecured creditors will be left holding the bag.

Juniper is hoping to have a smooth transition with its operation of the hotel. It has entered into agreements with Joseph Smith to run BV’s Grill and with The Dream Group, which has been operating the hotel since it opened in 2016. Juniper has indicated they will keep restaurant and hotel staff in place.

“We were prepared for this transition and STK Restaurant Corp (Bobby Van) is currently under an arrangement to continue to operate the restaurant,” said Greg Hanss, senior vice president, IMH Financial Corp. “All BV Grill Nyack, LLC employees have been retained, and Juniper Capital Partners has funded the payroll to protect our new employees and compensate for any loss in wages resulting from the previous restaurant ownership group’s (BV Grill Nyack, LLC) recent Chapter 7 Bankruptcy filing. The event space and restaurant are open and will remain in full operation going forward.”

Hanss would not specify the length of the agreements Juniper has inked with either STK or The Dream Group.

IMH bought and sold three boutique hotels in Sedona, which they sold to Diamond Rock Hospitality Properties. In 2017, IMH bought MacArthur Place Hotel and Spa in Sonoma, California for $36 million. Lawrence Bain, chairman and CEO of IMH, had said at the time of the purchase, “The historical significance and provenance of MacArthur Place are precisely the attributes we seek when acquiring a boutique property and we look forward to investing our future efforts into building on what [the owner] has created, bringing the hotel to a five-star level experience as we have done in Sedona.” IMH is transforming the hotel with a major renovation set to cost nearly $20 million. Celebrity chef and Food Network star Geoffrey Zakarian has partnered with Sonoma’s historic MacArthur Place Hotel & Spa.

Bain has echoed similar sentiments about the acquisition of the Time Hotel, which is a rehabilitated factory building.