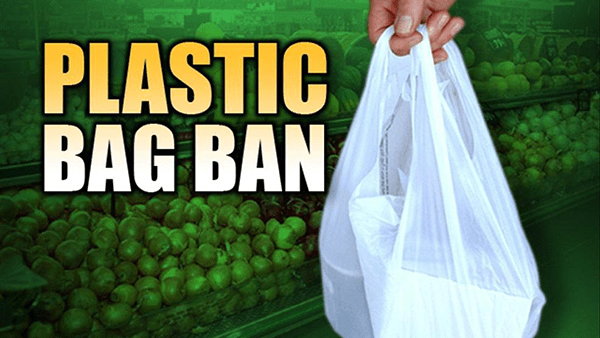 The Rockland County Board of Legislators are sending County Executive Ed Day a bill that would limit the use of disposable single-use plastic carryout bags at businesses throughout the county.

On Tuesday evening, the board passed the measure, which bars retailers and restaurants from providing any kind of bag except a recycled paper one to consumers at checkout.

Day will have 21 days to consider whether or not to sign the bill into law, according to spokesman John Lyon.

On Wednesday afternoon, Day said he “conceptually” supports the proposal but first “must ensure that any requirements are properly funded” and that “the proposed local law does not have any unintended consequences.”

“We will complete a full review and assessment within our allowable time before making any decisions,” the county executive said.

Sponsored by legislators Laurie Santulli and Nancy Low-Hogan, the bill would prohibit businesses in Rockland County from distributing checkout bags, which are defined as carryout plastic bags with handles.

The ban does not include newspaper bags, bags used to wrap produce, meat, fish or frozen food, trash can liners or bags used to package prescription drugs, laundry or dry cleaning.

Under the proposal, retailers would be barred from providing plastic carryout bags to customers and must provide recyclable ones at no charge. Enforcement of the law would be the responsibility of the county’s Office and Consumer Protection and businesses that don’t comply face anywhere from a $250 fine for the first violation to a $1,000 penalty for repeated violations.

In a summary accompanying the proposal, the bill’s sponsors, Santulli and Low-Hogan wrote that plastic bags “have become a major source of litter and pollution” in Rockland County and that “a shift to reusable bags and recyclable paper bags is a better alternative.”

While there is legislation pending at the state level, there’s no known time frame for when it could advance, which has prompted several counties, as well as municipalities, to implement measures aimed at reducing and eliminating carryout bags.

Over the last year, Dutchess, Ulster and Suffolk counties have rolled out legislation, while towns such as Larchmont, Mamaroneck, Rye and Hastings on Hudson have also adopted laws.

Within Rockland County, Piermont recently enacted its own laws prohibiting single-use bags. The waterfront village was the first in the county to pass legislation to encourage the use of reusable bags.

Environmental advocates say plastic bags are one the biggest sources of litter and can harm wildlife, as well as water quality. However, opponents to such measures believe the regulation could drive up costs for local businesses, which would eventually trickle down to consumers.

In the U.S., California is the only one with a plastic ban in place, though several states, such as Connecticut and Washington, are considering laws. Other states have focused more on implementing recycling programs or initiating fees to discourage the use of plastic bags altogether.