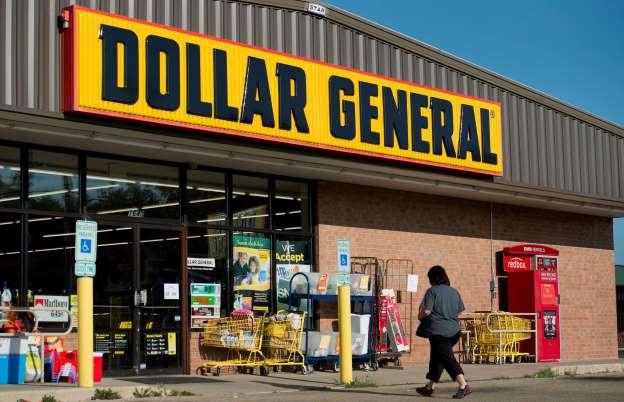 Dollar General Corp. last week reported that fourth quarter net sales rose 8.5% to $6.6 billion, up from $6.1 billion in the year-ago quarter, with “positive sales contributions from new stores and growth in same-store sales, modestly offset by the impact of store closures.”

Same-store sales rose 4% year over year, driven by increases in average transaction amount and customer traffic, thanks at least in part to the early release of federal food assistance dollars, according to a company press release. The comp growth included growth in consumables, seasonal and home, partially offset by declines in apparel.

Net income in the quarter fell to $483 million from $712 million a year ago as gross profit, as a percentage of net sales, contracted to 31.2% from 32.1% the year before. The gross profit rate decline was attributable mostly to higher markdowns and more sales coming from lower-margin consumables sales, among other factors, the company said.

CEO Todd Vasos called 2018 “a great year” and said the discounter began 2019 “with a strong foundation for success.”

Vasos also said that Dollar General is introducing two strategic initiatives, “DG Fresh” and “Fast Track.” DG Fresh is focused on the selection of fresh and frozen products, is already operating in about 300 stores, while Fast Track “will enhance in-store labor productivity and customer convenience [and] is launching soon,” he said.

Even without the advantageous release of federal SNAP benefits (food assistance to low-income consumers), Dollar General in the quarter took a higher share of its core shoppers’ disposable income, according to research from GlobalData Retail.

That was due to its DG Fresh initiative, which GlobalData Retail Managing Director Neil Saunders said lifted average transaction values, as well as its ability to draw in shoppers for the holidays. “Our data show Dollar General achieved its highest ever shopper penetration for Christmas gifts, largely thanks to an enhanced line up of products which included brands like Lego,” Saunders said in comments emailed to Retail Dive. “This no doubt allowed Dollar General to maximize the benefit from the demise of Toys R Us.”