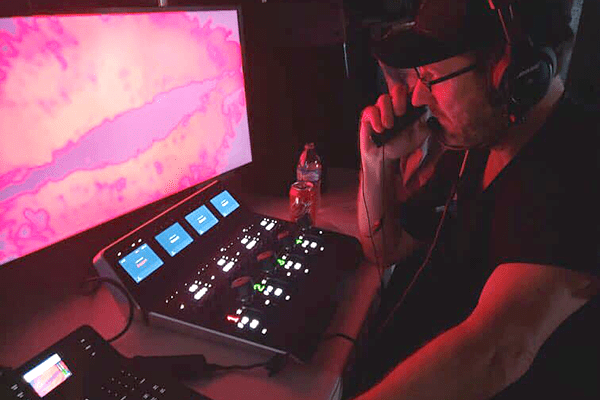 LCM Will Livestream Parade On Sunday

How do you measure success? In “likes”? Goodwill? Sponsorships?

Check all the boxes for LCM Digital Media Productions, the television production company that’s put Pearl River’s St. Patrick’s Day on the map live streaming the event worldwide. This Sunday’s parade will mark the third year LCM will be streaming via Facebook, going big with a handful of cameras, a 24-foot jib, live drone shots, multiple audio sources and interviews. Television personality Patricia Stark Murphy will be hosting the broadcast. 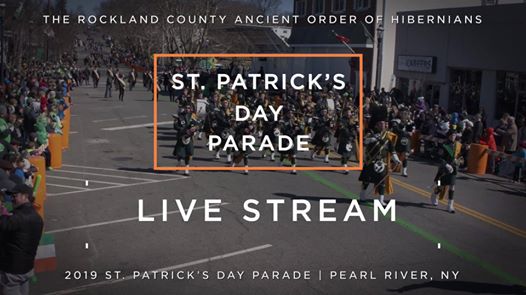 Pearl River, the heart of Rockland’s Irish, is expected to attract more than 100,000 people to its 57th Annual Rockland County Ancient Order of Hibernians St. Patrick’s Day parade. LCM President Patrick Heaphy three years ago relocated his Manhattan-based company to Blue Hill Plaza in Pearl River. No stranger to charitable works, Heaphy rolled out the cameras that same year to capture an event that unites Pearl River and the county at large. He figured there would be hundreds, maybe thousands of people, who’d be thrilled to watch the event in real time.

To his surprise, the event went viral nationally and internationally.

In just three years, live streaming the parade has grown into a lucky-charm enterprise, not only spreading good will but now for the first time attracting six Rockland-based sponsors.

“News 12 used to come out and cover this event but they pulled up stakes,” said Heaphy. “There was a void. So we went out there and did something about it.”

Filling a void has been a “woke” move. The parade is now a partnership with the Ancient Order of Hibernians. LCM has raised its profile as a local company with a heart. Aligning the company to a feel-good endeavor allows LCM to show off what it does. This year’s parade sponsors are Rand Realty, Rockland Bakery, Vision Sports Club, Brosnan Risk Consultants, Blue Hill Plaza, and Maggie’s Celtic Cottage.

“News 12 used to come out and cover this event but they pulled up stakes,” said Heaphy. “There was a void. So we went out there and did something about it.”

“We got these sponsors within a week,” said Heaphy. “These companies are helping to cover the costs, not all the costs, but most of them.”

For now, the live stream is still a grassroots effort but Heaphy sees the potential of monetizing the effort.

“This type of a locally-grown, boutique endeavor is popping up all over,” said Heaphy, explaining that artisans and creative types put themselves out there by doing what they do best. “We see this with cideries and brewers and art galleries – these are people who are growing the local creative community. It draws others who want to be a part of this. It shines a light on community.”

Over the course of Heaphy’s 25-year career, he has toggled between the for-profit and nonprofit world. As past president and current board member of the Paul Chester Foundation, he’s traveled the world to document disadvantaged children in the third world. A trip he took to film for A&E left a deep impression on him. “I saw a little baby coming out of the operating room to correct a cleft pallet,” he said. “My daughter was the same age at the time. I saw the impact it had on the child’s parents and how their pain was lifted.”

Heaphy continues to travel on good-will missions. Recently, he brought his family along on a trip to Morocco. “Just to share this with my family, was, well, the best thing ever.”

Live streaming a parade may not be as intense as missionary work but Heaphy sees the work as spreading a cultural gospel. “There are kids, like mine, who used to step dance in the parade but have grandparents in another state who can’t be there to see them. Now they can.”