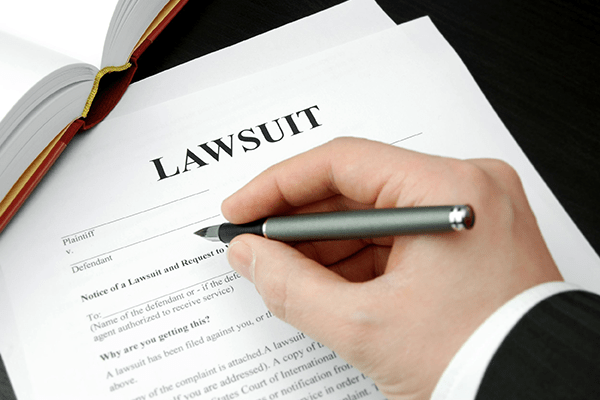 State of the County Message: Economic Engine In County Must Keep Revving To Stay Competitive

Emphasizing the need to keep Rockland’s economic engines revved up and ready for competing challenges, County Executive Ed Day is strongly urging Clarkstown and the Palisades Center to work out their differences, and allow the mall to build out 250,000 square feet of fallow space.

“All we are asking is to be treated like any other commercial property,” said Stephen Congel, CEO of Pyramid Management Group.

“This has gone on long enough,” said Day. “The benefits to accomplish this outweigh any perceived issues that people are concerned about.”

Day delivered these remarks during the State of the County Thursday night at the Palisades Mall. Touting gains the county has made in tourism and economic development during his tenure, the county executive insists the momentum must continue, particularly in light of competing attractions slated for Bergen and Orange counties.

The Palisades Center is viewed as both a critical shopping hub and a tourist attraction for the county. Everyone is concerned about the impact the American Dream Meadowlands in Bergen County will have when it opens in the spring. The $3 billion retail and entertainment destination, which is being built by developer Triple Five, is a concept without parallel.

“The Palisades Center must be allowed to compete,” said Day.

The mall paid $21.4 million in property taxes in 2018 and generated $23.5 million in sales tax revenue. “Venues like the Palisades Center are in a pitched battle to remain viable in this era of online shopping.”

The American Dream Mall, which will be 55% entertainment, will include an 8-acre water park, an 8.5-acre Nickelodeon Universe theme with two record-setting roller coasters — the Spinning Coaster, the tallest and longest free-spinning coaster in the world, and the Euro-Fighter. There will be a huge LEGOLAND Discovery Center with a 4-D cinema. The mall is expected to be the largest indoor theme park in the western hemisphere when it is complete.

Additionally, Orange County is flexing its tourism muscle with new hotels and talks of siting a Great Wolf Lodge and LegoLand is set to open in Goshen in 2020.

The Town of Clarkstown and The Palisades Center are in federal court fighting over a town-imposed restriction limiting the mall’s right to build out and lease an existing but unused 250,000-square-foot section on the mall’s fourth floor. The mall needs town and voter approval in order to expand. Back in 2002, voters overwhelmingly said no to the mall’s expansion after the town held a referendum to release the mall from the “Restrictive Covenant,” that prohibits expansion.

Clarkstown has to date spent $50,000 to defend the suit. The cost of continued litigation is picked up by the town’s insurance carrier, Travelers Insurance. Still at issue is whether the town’s imposition of a public referendum violates the mall’s state and federal statutory and constitutional rights.

“All we are asking is to be treated like any other commercial property,” said Stephen Congel, CEO of Pyramid Management Group LLC’s, which manages the mall. “We want to invest and grow but we don’t have that opportunity.” Congel confirmed the mall and Clarkstown remain at odds over the mall’s constitutional rights to move forward without a town-wide referendum.

Councilman Donald Franchino, whose ward includes the Palisades Center, has been advocating to put the referendum back on the ballot this November.

It is unclear how a referendum would go. Many think town voters would have a different take on the mall now than they did nearly 20 years ago when there were a lot of citizens who opposed its building in the first place. The mall is a major taxpayer, and town residents are familiar, from cases like Mirant, what happens to taxes when significant tenants vacate.

“Nobody wants to see the mall fail,” said Councilman Patrick Carroll. “I think we should try to resolve this. If putting it on the referendum is the way to move forward, then I would vote for that. If the mall were to close, what the heck would go there?”

Palisade Center officials say the mall is the 3rd largest shopping, dining and entertainment destination in New York, and the 12th largest in the country. Recent studies show 98% of mall visitors come from outside Clarkstown and 76% visit from outside the county.

But the challenge going forward is to keep the center fresh, dynamic and up to date with offerings beyond shopping and dining. In 2018 more than 146 million square feet of retail space disappeared from malls and shopping malls. Amazon and e-commerce have taken a tremendous bite out of retail sales across the board.

Day said the “benefits to building out the existing space would generate 700 construction jobs, 500 new permanent retail, entertainment and food service jobs, more ways to attract visitors to Rockland and an estimated $5 million in taxes generated for Clarkstown and the County.”

Although part of the $50 million lawsuit between Clarktown and EklecCo (the mall) was dismissed back in June, U.S. District Judge Nelson Roman gave EklecCo NewCo, the Delaware-based LLC that owns Palisades Center, the chance to “amend its complaint” to show that other developments in town that were built in the three years prior to the August 2016 suit was filed were not subject to similar restrictions.

In the June 18th decision, the judge dismissed EklecCo’s 5th amendment claim outright, but allowed the company to re-plead the portion of the case that deals with their 14th Amendment rights guaranteeing equal protection under the law.

“We’ve been given the opportunity to re-argue and reframe our position in front of the same judge,” said David Aitken, director of government affairs for Pyramid Management Group LLC, the mall’s management group.

At issue is an agreement the Palisades Center’s developers say they were compelled to accept – that any expansion of the 1.85 million of leasable space would require both town and voter approval. The mall wants to expand into 250,000 square feet of leasable space within its existing footprint.

Last fall, the Palisades Center acted on the federal court’s invitation to amend its complaint. The amendment argues that The Shops at Nanuet was not subjected to similar restrictions and can expand without voter approval. On October 25, 2018, the Town sought to dismiss the case, asserting, among other things, that the Shops at Nanuet and the Palisades Mall are not comparable properties.

That motion is still pending.

In other remarks in the State of The County address, Day said a “variety of right sized development across Rockland is exactly what will place us on the map and bring great wealth to our County, wealth that will ensure stability in our tax base for years to come.” He cited new biomed companies, the Garner Arts District, the planned expansion of Caribbean Food Delights, new tenants at Blue Hill Plaza, and the The NYC Football Club’s new state-of-the-art soccer training facility

According to the most recent Tourism Economic Study from New York State, tourism accounted for 7.3 percent of all employment in Rockland and generated $31.5 million in local taxes, an increase of 4 percent over the previous year, Day said.  “Increases in tourism spending are helping fuel our economy and expand our tax base; every penny paid in taxes by these visitors is a penny that we, Rockland residents, do not have to spend.”

Day added,  “If not for tourism generated sales and local taxes the average household in Rockland would have to pay an additional $585 in yearly taxes to maintain our current level of services.”