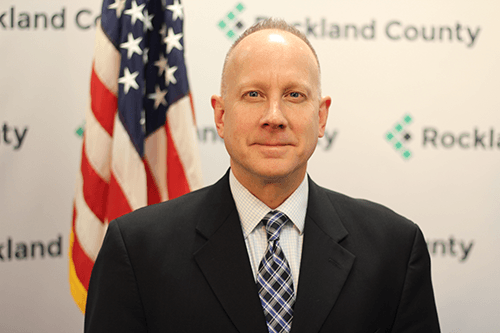 James Elcik, a former officer in the United States Marshals Service, has been named Rockland County’s Director of Consumer Protection.

“Jim Elcik is an experienced manager with extensive law enforcement experience from his time in the United States Marshals Service who will bring a renewed focus of enforcement to the Office of Consumer Protection,” said County Executive Ed Day. “I have full confidence in his impressive skill set and look forward to the improvements he will bring to consumer protection.”

On Tuesday night, Elcik appeared before the Rockland County Legislature’s Multi-Services Committee, which must confirm his appointment. Several county legislators asked him to make a promise to appear before the board when summoned to do so. A number of legislators expressed extreme frustration with the many department heads that they say flout the legislature’s requests because of tension between the legislature and the county executive.

During the extensive back-and-forth that lasted nearly an hour, Elcik acknowledged he was new to the job and did not know how to navigate the conflict but he would “do his best” to satisfy both entities.

The full legislature will vote on his appointment on Feb. 5th.

“The fact of the matter is that the vast majority of the time commissioners and department heads appear before the legislature without question,” said Day, when asked about the hearing. “If any legislator has an issue with this, they are welcome to reach out to my office directly.”

Mr. Elcik was one of thirty candidates for the position, which pays $111,745 annually.

In June of 2018 he took a job as a Consumer Liaison Assistant with the Rockland County Office of Consumer Protection, where he was responsible for the enforcement of the local law protecting homeowners and consumers against disreputable home-improvement contractors.

Elcik is a resident of New City and has lived in Rockland County for 20 years with his wife Nancy and their two children Samantha and James.