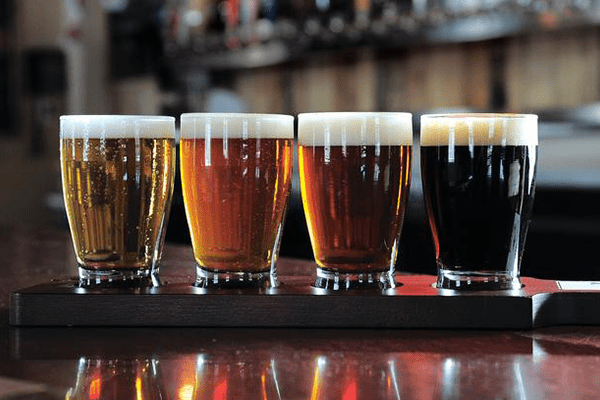 Exploding nationally, local beer breweries are hipster cool, Instagramable, and bottom-line good for communities. The idea of reclaiming an age-old product that’s been corporately manufactured for nearly a century, and giving it an artisanal shine, taps into the surging desire for locally-made food and beverages. More than 5,300 mom-and-pop beer makers have sprung up nationally.

“The craft beer market is an underserved market,” said Matt Worgul, owner of Gentle Giant Brewing Company in Pearl River. “People in and around Rockland County want something that’s good quality, made locally, something they can call their own. And they’re willing to pay for it.” Craft beers typically cost between $5 and $6.

“We have found people become supporters of locally-made products.

In less than three years, five breweries in Rockland County have laid the roots for the movement, which is expected to gain momentum. Travis Koester, owner of The Local Taphouse of Nyack, is planning on opening a brew pub with several partners from Bourbon Street at the former restaurant’s location on Nyack’s Main Street in May. The establishment, which has recruited two brewers from Brix City Brewing in New Jersey, will include a seven-barrel brewing system. Koester says a name for the place is yet to be decided upon.

Breweries are an economic darling because they drive tourism, create jobs and boost the local economy. 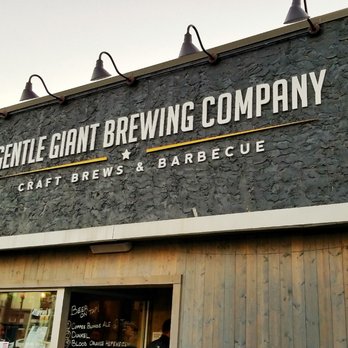 Worgul, an accountant by trade, opened Gentle Giant Brewing Company, last March in a 3,000-square-foot space. He took a five-year lease. “I did a feasibility analysis, and even by the most conservative presumptions, I concluded that the demographics are here to support a brewery.”

Nearly a year into his venture, Worgul believes his popular brewery is on track, and that there is still room for more in the county. “A lot of economic and government incentives have decreased the barrier to entry,” he said. “We have found people become supporters of locally-made products. They are our cheerleaders. We’ve given them something they identify with.”

In searching for places to make specialty beverages like sour beers and stouts, breweries like early-20th-century buildings with up to 10,000 square feet and lofty ceilings. But breweries also seek up-and-coming locations that are within walking distance of housing and transportation systems.

Jeremy Schulman, president of the Rockland Economic Development Center, is excited about what he calls a viable “cluster” industry sprouting in the county. Craft beer makers stimulate tourism, as well as local economies.

“People want to see how it’s made,” said Schulman. “It’s not just the end product. They come to see the distilling and fermenting processes. They want an experience; to touch and feel locally-made products.”

John Potenza, co-owner of Burger Loft, opened District 96 brewery next door to his restaurant Burger Loft in New City in a 2,000-square-foot space in 2017. Having served craft beer at Burger Loft for six years, Potenza felt confident about opening a brewery, which serves up to 12 varieties.

Beer is the new wine, says Potenza. It brings people together. It’s a lifestyle. It’s a social activity based around a locally-sourced product. “Big companies are trying to market that appeal but we have an advantage,” said Potenza. “Our beer is local, crafty and super fresh. Freshness is key.”

In 2017, the Regional Economic Development Council awarded the Garner Arts Center with a $120,375 grant to develop and promote a Craft Beer Arts Fest, slated for May 18-19, 2019 at the industrial arts complex in Garnerville.

Breweries create a cool tourism aspect for out-of-towners, but it’s been good for residents as well. Although they are small, breweries pack an economic jolt. In 2016, they contributed about $68 billion to the national economy, according to the Brewers Association.

In recognition of their importance, craft breweries received a gift in the rewrite of the tax code. The Senate included a provision that lowered the tax rate on beer produced in the United States, particularly for small breweries. That special treatment comes on top of generous subsidies from the state and local communities eager to bring business to struggling industrial districts, as well as Main Street.

As of last year, there were 390 craft breweries in New York, according to the state’s Liquor Authority, up from 97 in 2012. They are popping up in all kinds of communities, from Brooklyn’s industrial buildings to rural upstate towns. The Mid-Hudson Valley region has the largest concentration of craft breweries in the state, with 54 opened since 2012.

During the state’s 2012 Summit, craft producers detailed Prohibition era laws, regulations, and policies that placed unnecessary restrictions on the production, sale and marketing of products. This led to a series of legislative and regulatory changes to make it easier to open and grow craft manufacturing business. Changes implemented since the Governor took office include lowering taxes and fees, creating new licenses for farm breweries and cideries, rolling back restrictive regulations, providing support for research, cutting the time it takes to obtain a license in half and overhauling the state’s antiquated Alcoholic Beverage Control law.

According to Cornell University, the acreage of hops grown in New York has nearly doubled from 2014 to 2016, and the acreage of malting barley has increased by 374 percent in the same two-year period – from 422 to approximately 2,000 acres. New York is also now home to 13 malt houses, all of which have opened following the creation of the new farm brewery license. At the same time, the growth of agri-tourism in the craft beverage sector further bolsters New York’s massive $100 billion tourism industry.

“Thanks to New York’s tireless efforts to cut red tape, craft beverage manufacturers are thriving like never before in communities across the State,” said Lieutenant Governor Kathy Hochul. “We’re committed to growing the industry and attracting manufacturers to New York with new markets for their products, resulting in significant job creation.”