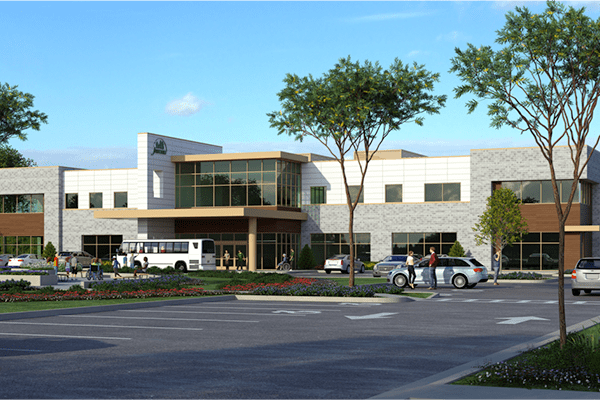 Jawonio’s $18 million transformation project is not simply about better facilities for the nonprofit that’s been serving the special needs population for 70 years. The renovation incorporates a strategically complex building and facility-utilization plan to make the organization an even greater economic engine than it already is for the county.

The county’s seventh largest employer with a $26 million payroll supporting 1,150 people, Jawonio is a stimulus for employment services, job training, evaluation and coaching. The nonprofit has placed 6,000 special needs people in competitive jobs, eliminating a burden on subsidized benefits. On average, the agency places between 200 and 250 people in technology, retail, pharma, and other jobs annually. The agency also runs the $4.5 million Jawonio Cleaning Company, founded 22 years ago that contracts with public offices. It is also working with BOCES on a green cleaning training program.

“The new space will expand our capacity to do back office operations, which we have great expertise in,” said Warner

While Jawonio prepares for the shovel to go into the ground in December on phase 2 on the transformation project, Rockland County Business Journal spoke with CEO Jill Warner to talk about both the physical and economic vision for the new, two-story, LEED-certified, state-of-the-art, 70,000-square-foot building that will replace the existing 45,000-square foot obsolete structure. Construction is expected to be completed December 2019.

“Over 90% of the contracts will be awarded to Rockland contractors,” Warner said.

In thinking about how the building will be designed to function, two considerations were on the table. First and foremost, the facility will provide a greatly improved logistical flow of consolidated services under one roof in a building that’s designed with 21st-century technology. Secondarily, the organization is set to monetize some of its space, bolstering the nonprofit’s bottom line.

Specifically Warner envisions smaller county nonprofits outsourcing back office HR, compliance, finance, training medical to Jawonio. “The new space will expand our capacity to do back office operations, which we have great expertise in,” said Warner. “Smaller agencies in the county are overwhelmed with regulatory compliance and quality assurance.” Part of that envisioned revenue stream includes in training in back-office functions.

Initially, there will be roughly 10,000 square feet of rentable space. The average rent for commercial space in the county is about $27 per square foot due to nonprofit status. Warner says leasing space in the new facility might be closer to $22 per square foot but it will generate revenue. The health provider Cornerstone Family Healthcare already rents space from Jawonio but the agency can expand its footprint in the new building. Additionally, there will be a pharmacy on site.

Jawonio is poised to attract double the number – as many as 200 – interns from upstate and New York City colleges to train to become occupational and physical therapists, social workers, psychologists, etc. “This creates a hiring pool for the region,” Warner said. 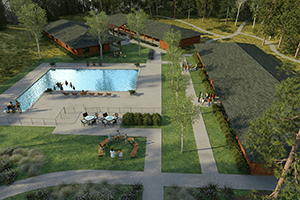 To rebuild, Jawonio has secured $18 million through long-term, non-taxable DASNY (Dormitory Authority of the State of NY) bonds at a 5.5 percent interest rate. Half of the $10 million capital campaign has been raised. “It’s not easy to raise funds: there are 11 capital campaigns in Rockland going on right now,” Warner said.

The $18 million second phase will include demolition of seven buildings, a 379 parking spots and landscaping to give the site a park-like feeling. In July, new year-round weatherized cabins were built, replacing ones from the 1960s.

With the new buildout, Jawonio will improve its care, and serve an additional 3,000 people a year, a 30% increase. It will create jobs and potentially change the landscape of back-office billing and training functions countywide. The organization will embrace green technology and beautify its campus. Jawonio’s transformation project will elevate how it delivers care and how it does business in the county.