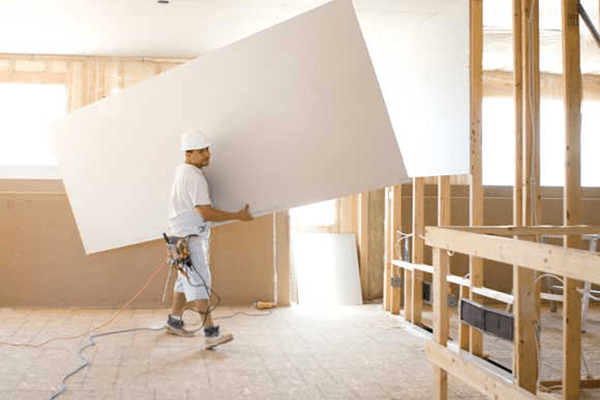 Gebr. Knauf KG (“Knauf”) and USG Corporation (NYSE:USG) (“USG”) today announced that they have entered into a definitive agreement for Knauf to acquire all of the outstanding shares of USG in a transaction valued at approximately $7.0 billion. USG shareholders will receive $44.00 per share, which consists of $43.50 per share in cash payable upon closing of the transaction and a $0.50 per share special dividend that would be paid following shareholder approval of the transaction. The price represents a premium of 31% to USG’s unaffected closing price of $33.51 and a 36% premium to the $32.36 average closing price for the preceding 12-month period, both as of March 23, 2018, and a multiple of approximately 11.6x USG’s adjusted EBITDA for the 12 months ended March 31, 2018. The transaction was unanimously approved by USG’s Board of Directors. Berkshire Hathaway has agreed to vote its shares in favor of the transaction. As of June 11, 2018, Berkshire Hathaway and its subsidiaries owns approximately 31% of the issued and outstanding shares of USG.

Jennifer Scanlon, president and chief executive officer of USG, said, “Our Board has worked diligently to evaluate all strategic options to maximize value for our shareholders, and we are pleased to have reached this agreement which provides our shareholders with significant and certain cash value.”

The U.S. Gypsum plant in Stony Point employed 200 to 300 people before its closure in 2010. The plant has been maintaining its machinery for future use, said Stony Point town supervisor Jim Monaghan. The supervisor is hopeful the acquisition may lead to the reopening of the plant.

The closure of the plant resulted in significant loss in property taxes for the town and the North Rockland school district. The plant, situated on 3.5 acres in Grassy Point, was assessed at about $1.5 million in 2010. After it was shuttered, the company challenged it property assessment in court, and in her 2015 decision, state Supreme Court Judge Margaret Garvey ordered to reduce the plant’s value to about $680,000.

The combined company results in a global building materials industry leader that will maximize Knauf and USG’s highly complementary businesses, products and global footprint to better meet the needs of both companies’ end-market customers. Following the close of the transaction, USG will continue to be managed locally in the United States, and Knauf intends to maintain USG’s existing corporate headquarters in Chicago as well as its facilities in North America.

United States Gypsum Company, Inc. manufactures and markets gypsum-based products. Its products are used in soil nutrients and conditioners, tooling and mold making, and dietary calcium additives in breads and cereals, and pharmaceuticals. The company offers SHEETROCK gypsum wallboards, FIBEROCK Brand Panels, and SECUROCK Brand Roof Boards, as well as wallboard, joint compounds, building plasters, cement board, and industrial gypsum products. It also operates a fleet of oceangoing cargo ships based in Bermuda. In addition, the company distributes wallboard in the United States. Further, it operates gypsum board plants in the United States, and has mines and quarries in the United States, Canada, and Mexico. The company was incorporated in 1901 and is based in Chicago, Illinois. United States Gypsum Company, Inc. operates as a subsidiary of USG Corporation.

Alexander Knauf, General Partner of Knauf, said, “We are excited to enter into an agreement to acquire USG. As a long-term USG shareholder, we greatly admire USG’s strong brands, leading market positions in North American wallboard and ceilings and highly talented employee base. We look forward to building on USG’s strong presence in North America.”

“As a family-owned company with a long-term focused business outlook, we believe Knauf is the ideal partner for the business as we intend to make significant investments in USG’s operations and its people,” added Manfred Grundke, General Partner of Knauf. “Our long-term investments will benefit all of USG’s stakeholders, including employees, customers and suppliers.”

Jennifer Scanlon, president and chief executive officer of USG, said, “Our Board has worked diligently to evaluate all strategic options to maximize value for our shareholders, and we are pleased to have reached this agreement which provides our shareholders with significant and certain cash value. We believe this transaction will create new opportunities for both companies’ customers and will benefit USG’s employees who will be part of a truly global building products company. Alexander, Manfred and their team have made clear their high regard for our team, and we are confident that Knauf will help to ensure the long-term success of USG’s operations, brands and employees.”

The transaction is expected to close in early 2019, subject to customary closing conditions, including regulatory approvals and approval by USG shareholders.