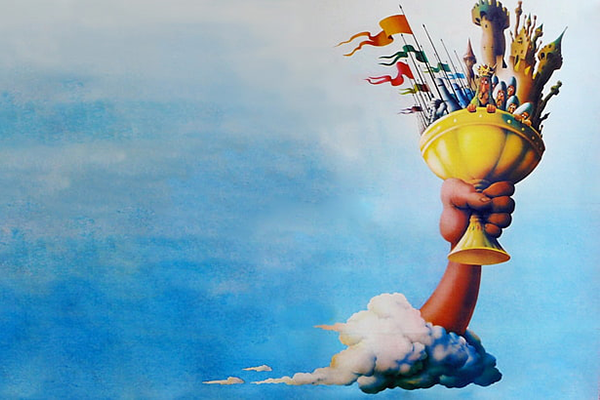 Get The Hi-Tor Project Back On Track With A Reasonable Spending Plan And Viable Operational Goals; It Is Shameful To Delay This Any Further

Everyone in the county agrees we need a new shelter. That consensus began more than a decade ago and despite short-lived and sporadic infighting at the Hi-Tor Animal Shelter in Pomona – we as a county have been moving toward that Holy Grail.

Over the past several years, a combination of Hi-Tor’s fundraising, state grants, and county bonds have added up to an $8.5 million commitment for a new shelter. Skeptics remained skeptical but still many hoped we’d see the day when this county could say it treated its stray animals and the people who care for them with dignity. In Oct. 2021, County Executive Ed Day held a ceremonial groundbreaking at Hi-Tor just before the last election. In the meantime, tax dollars have been spent to hire an architect to design a state-of-the-art shelter. The lowest responsible bidder has been selected.

There was reason to hope.

But the momentum ceased when the plan fell off the cliff last week after county legislators tabled a request to add $10 million in bonding to keep up with the inflationary costs of construction. Ostensibly, some county legislators balked at the increased price tag but there is much more to this story than parsimony.

Let’s take a look under the hood at what remains Rockland County’s biggest mess by taking a listen to what was said after legislators walked away from the vote last week.

“Options,” they said. “We’re looking for options.” The county executive – at this late hour – talked about the possibility of building the shelter elsewhere, “as an option.” Why? Because it seems that this is the latest swerve in what has become a jarring ride to reimagine how we house and manage our abandoned, sick and homeless animals. We’ve been told Clarkstown Supervisor George Hoehmann and Haverstraw Supervisor Howard Phillips have thrown out the possibility of the county purchasing land or a building in either of their municipalities to site the shelter. Interestingly, the purported reason for this is the loud fireworks at Boulders Stadium that rattles and terrifies the animals in the nearby shelter. For nearly two years, a resident has been trying to get someone’s attention – anyone’s attention, to try and rectify this situation with absolutely no luck even though we reported on this effort. Admittedly fireworks are jarring for animals, as well at veterans with PTSD and for anyone who has an extreme sensitivity to that kind of noise. The Boulders’ president Shawn Riley has been made aware that there is a new generation of “silent” fireworks, but this only became an issue now.

Why? Because it’s a neat and handy excuse to relocate the shelter. And why are these particular supervisors interested in doing that?

To answer that question, the good people of Rockland County must look at what has caused the biggest hiccup in progressing toward a new shelter. More than 18 months ago, Rockland County Business Journal wrote the first story on the intent of Rockland Green, Rockland County’s former Solid Waste Management Authority, to step in and take over Hi-Tor, while on a parallel track the rebuild was moving forward. This has been confounding to many – and no answers have been collected regarding how much this would cost taxpayers and how it would operate. Day has continuously said that first a shelter needs to be built; then the logistics of how it would operate would be worked out.

But it hasn’t worked out that way because legislators have demanded more detail; some say it’s partly why the vote to bond the additional $10 million was shelved.

All five supervisors sit on the board of Rockland Green – and some, maybe all are under the impression that Hi-Tor is dysfunctional and operating inefficiently. Interestingly, Hi-Tor is about to release an in-depth report that belies that thinking. The organization has been solvent for the last several years even if there have been internecine wars and personality feuds and yes, lawsuits. Orangetown Supervisor Teresa Kenny pulled the first thread of the proverbial sweater when she removed her town from a pact that had all five towns paying to support the shelter.

Over time, Hoehmann and Phillips made no secret of their displeasure of having to pay for Hi-Tor’s services even though contributions from the towns are an insignificant portion of their town budgets. In Clarkstown, taxpayers pay less that one tenth of 1 percent of their budget on the shelter, and in Haverstraw, taxpayers pay less than one twelfth of 1 percent of their budget for the same. What’s not been answered is this: If Rockland Green takes over, how much more are taxpayers in for?

It appears that the two Supervisors who are pushing hard for control over the future of animal management in the county are floating the idea that the county should buy fallow or idle town properties – even though the county has no shortage of land and properties to use.

Let’s have a reality check. Is it fair to start all over, to set the clock back, again? Where is the leadership on this issue? Putting comments on Facebook is not the same as citizen involvement on this important issue. Hi-Tor itself, the nonprofit that’s operated the shelter for 50 years, must do more to communicate its successes and earn the public’s respect and trust.

This county works pretty hard to take care of veterans, homeless people, people with disabilities, the hungry. The towns spend millions on pickleball courts and recreation centers. Get it together Rockland. Step up. Stop treating Hi-Tor like a political football that’s punted for political points or power. These are animals. They deserve better. We deserve better.