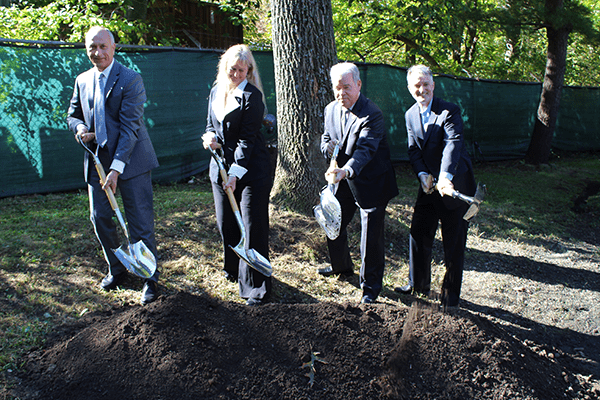 Looks like the cynics may have won another round.

Just when it seemed as though the Rockland County Legislature was prepared to sign off on bonding an additional $10 million for the building of a new animal shelter in Pomona, the resolution was yanked from the agenda and vague musings about “finding alternatives” were communicated by County Legislature Chairman Jay Hood.

For nearly a decade, Rockland County residents have waited for the decrepit Hi-Tor Animal Shelter to be replaced with a state-of-the-art facility. Promises and projections for the start of construction have come and gone with dashed hopes. For years, it was presumed the nonprofit Hi-Tor would continue to operate the shelter in a much-deserved new structure after struggling for decades with the challenges of operating out of a substandard, cramped, and inhumane building.

Then, about 18 months ago, a new plan emerged when Rockland Green, the former Rockland County Solid Waste Management Authority, revealed a keen interest in taking over the shelter as the county awaits the rebuild. Rockland Green was granted approval from state legislators in June to amend its charter to manage an animal shelter in Rockland County. The effort has been led by Rockland Green Chairman Howard Phillips and Clarkstown Town Supervisor George Hoehmann, who sits on the authority’s commission, along with all the county’s town supervisors.

Now, the issue of how much to spend on the new building and who will run the shelter have become entwined and muddled, leading to what County Legislator Lon Hofstein says, “is the need for more due diligence and detailed proposals” from all entities that are interested in running the shelter before the county can sign off on bonding for $10 million, which would double the budget for the construction of a new animal shelter to $18 million.

But County Executive Ed Day says it’s impossible to entertain RFPs for the running of a new shelter until the building is built.

“I am disappointed that the resolutions to move forward with the construction of the new Hi-Tor Animal Care Facility in Pomona were not voted on Tuesday evening, causing another unnecessary delay in this process,” said County Executive Ed Day. “These votes are the final step needed to have shovels in the ground following the years of work my administration has completed to reach this point including securing funding, getting architectural design plans for the 14,000 square foot facility, and lining up a contractor.”

Two weeks ago, the County’s Legislature’s Budget & Finance Committee signed off on a request to allocate an additional $10 million in capital spending after Robert Gruffi, the County’s Director of Facilities Management, last week told the elective body that the cost of construction has skyrocketed. The request must be approved by the full Legislature.

For at least three years, the county had planned to spend $7.75 million to build a new facility with a combination of county funds, grants, and monies raised by the shelter. The tabled resolution would have capped county expenditure on the entire project at $17.7 million but limits construction costs for the new facility to nearly $14 million.

But on Tuesday, the Legislative body tabled the resolution, plunging the potential rebuild and the tapping of the construction company Piazza Inc. of Hawthorne, into chaos, adding more time and uncertainty to the possibility of a rebuilding. In addition, county legislators are now entertaining suggestions by mostly Phillips and Hoehmann that an examination of siting the building in either Haverstraw or Clarkstown should be considered, even though the county has spent millions in taxpayer dollars in preparation to rebuild on the site of the current county-owned location.

Day says the issue has become complicated over how the shelter should be run. Nearly five years ago, the five town supervisors entered into a shared-services contract with the county to support Hi-Tor. Orangetown Supervisor Teresa Kenny withdrew her town’s support, and the county made up the balance of those lost fees. But both Phillips and Hoehmann have made no secret of their displeasure with having to pay for Hi-Tor’s services.

What remains unclear is whether a shelter run by an entity like Rockland Green will end up costing taxpayers less or more; Phillips has said Rockland Green would likely add at least four or five employees to its operation to run the shelter.

“Members of the minority are not pleased,” said Hofstein. “The state legislators changed the wording from ‘possibly could be in charge,” and we thought it was clear that Rockland Green would have to come back to the Legislature. But the state made a decision to circumvent that. This is disturbing to the members of the minority.”

When Rockland Green originally came to the Legislature, both Hofstein and Legislator Alden Wolfe wanted more details from the Authority on financial projections, employees, and operational management. No details were ever provided. Rockland Green argued it was premature to provide a plan before having its charter amended. County Executive Ed Day echoed the same sentiment.

But now, Hofstein and others are saying the votes are not there to support the additional spending because too little is known about who will run the shelter and how. The Legislature needs 12 votes to sign off to bond the $10 million. It is believed that most of the minority members are against the expenditure as well as at least one majority member. There are eight minority members.

Hi Tor officials, volunteers, and residents have widely expressed everything from skepticism to fierce opposition over the prospect of a Rockland Green takeover. But public officials across the spectrum have expressed concern over what they perceive as an inefficient operation.

There is widespread belief that Hi-Tor has had difficulty running the shelter, but the organization is preparing to release a report within weeks that shows the operation has been solvent and functioning efficiently for the past five years, despite the past turmoil and personality feuds.

In discussions over looking at alternative locations for siting the building, a long-ignored issue by most public officials is suddenly on the table: the fireworks from the Boulders Stadium and how it affects the animals.

A year ago, citizen and activist Wayne Kleinman, had gathered more than 2,000 signatures from residents asking The Boulders to consider transitioning to “silent” fireworks to ease the lives of shelter animals who suffer during the events.

“It is interesting that of all the Rockland Supervisors I contacted asking if they could help the Hi Tor animals, Howard Phillips Jr. the Chairman of Rockland Green is the only one who totally ignored me,” said Kleinman, in a written email. “ Of the two Co-Chairs Michael Specht (according to Ed Day) is the only one who could help and he refuses.  George Hohemann said he would set up a meeting with me and Reilly which of course never happened. I refuse to give up on trying to help those animals, but they need someone with the position of power that wouldn’t be ignored to be in their corner. Can you please help them?”