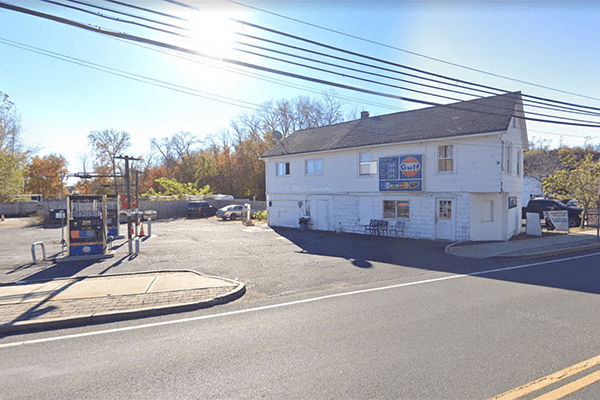 The Town of Clarkstown, along with other Rockland County towns, is grappling with a housing shortage of rental apartments that cater to millennials and empty nesters. In contrast, developers are building senior housing at a rapid clip, particularly in Clarkstown.

Now, a developer who wants to tear down a gas station and put up two apartment buildings with 16 two-bedroom market-rate apartments in Congers is facing a slew of zoning challenges and has been told the proposed project might be better configured as senior housing, which have carve-out zoning regulations through a special permit process.

FAM Lake Road LLC is hoping to transform 65-67 Lake Road, a one-acre site that houses a Gulf gas station, into housing in the Congers hamlet. The developer envisions housing on the site which abuts the walking trail around Congers Lake and sits amid the Hamlet’s commercial district. This kind of density project is what the Town of Clarkstown’s newly adopted Comprehensive Plan advocates to address the housing shortage that makes it difficult for young couples to find starter housing in the township or for older people to downsize from single-family homes into smaller apartments. Additionally, the comprehensive plan emphasizes the priority to build in already-developed hamlets rather than in wooded areas or in single-family neighborhoods that are striving to maintain their suburban or rural character.

But FAM Lake Road LLC, which brought the plan to Clarkstown’s Technical Advisory Committee recently, was told it would need several zoning variances, and amid the discussion, it was suggested that the site would be eligible for senior housing by special permit. Senior housing would likely require both one- and two-bedroom units as opposed to all two-bedroom units.

The developer’s land straddles two zones: MF-3 (multi-family) and LS (local shopping). The developer wants to tear down the gas station and construct 16 two-bedroom market-rate apartments in two three-story buildings, each with eight units. The buildings would be townhouse style with one-car garages and 28 outdoor shared parking spaces, according to the proposal.

The plan requires a raft of zoning variances, including front, side and rear yard, maximum development coverage, and for the number of permitted units, which would be 13 under current zoning. As the lots are split between two zones, each with different densities, there are numerous obstacles to getting the density the developer is seeking.

But Clarkstown has recently proposed altering density requirements in its newly adopted Transit Oriented Development (TOD) in Nanuet because development on the parcels that are ripe for housing have been stalled. The town is proposing an increase in density to allow up to 60 units per acre provided the developer offers incentives including money for a beautification fund as well as an allocation of affordable units. As it stands now, developers are allowed a maximum density there of 40 units per acre with an incentive bonus up to 50.

In addition, TAC told the applicant, which acquired the parcel for $737,500 in 2018, that it needs to clear up violations for illegal truck storage on site. Engineers for the developer are Atzl, Nasher & Zigler. The developer is represented by Lino Sciarretta, Esq. of Bleakley, Platt and Schmidt, LLP.

This is not the first time an applicant has approached the town to build multi-family housing on these parcels, according to Town Planner Joe Simoes. Several years ago, a plan was presented by the Rockland Housing Action Committee for an affordable housing development on the site. No application was filed and no approvals were granted.