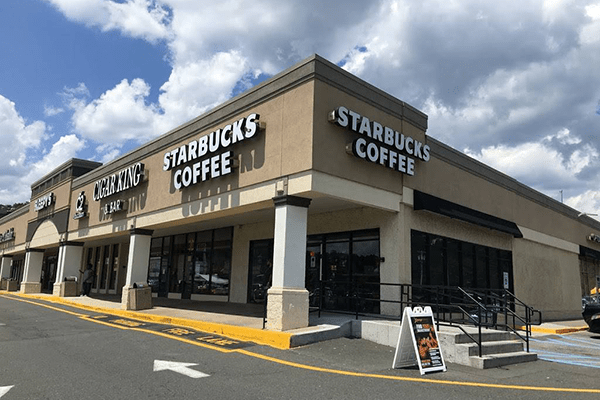 Employees at four Starbucks outlets in New York filed petitions for union elections last week — including the location at Rockland Plaza in Nanuet – as a growing movement steams up through the coffee chain’s workforce nationwide.

The Starbucks, at 126 Rockland Plaza, joined locations in Queens, Long Island, and Brooklyn in filing petitions to the National Labor Relations Board (NLRB), according to Workers United, an affiliate of the Service Employees International Union, which is attempting to represent Starbucks’ workers.

“I am super hopeful,” said a shift supervisor at the Rockland Plaza location who asked not to reveal her name. “I love Starbucks. I love working for the company, and I want to continue working here. I just want a fair place to work.”

The filings follow statements from CEO Howard Schultz, who, after recently returning to the company, said the corporation was considering expanding benefits for non-union employees, The Wall Street Journal reported. Schultz has opposed unionization, despite urgings from more than 145 stores which have filed to unionize in the U.S.

Schultz has appealed to employees, known as “partners” at Starbucks, to trust him — not a union — to improve their lot.

“My job in coming back to Starbucks is to ensure the fact that we… reimagine a new Starbucks with our partners at the center of it all, as a pro-partner company, as a company that does not need someone in between us and our people,” Schultz told employees at a town-hall style meeting on his first day back.

Workers at the four New York stores complained of being underpaid, short-staffed, and overlooked, and are seeking to unionize to have a stronger voice in company decisions. The election for the Astoria location will begin in the first week of May, though the timeline for the other three stores is unclear.

The Nanuet shift supervisor said in March the company nationwide cut shifts below 20 hours per week, the number of hours employees need to maintain health benefits and perks such as college programs. She said it didn’t affect benefits, as far as she knew, but this kind of instability is partly why more than 76 percent of the Starbucks employees at the Nanuet location are seeking to unionize.

She also said the employees were “fighting for better pay, better tip wages.”

“When somebody calls out on a shift and it’s not covered, we think that the unpaid wages should be dispersed to people working on that shift because we’re picking up the slack, doing more work for the same amount of pay,” she added.

Workers at dozens of stores and counting, in cities and states across the country, have filed to unionize in recent weeks. Several elections are underway or approaching despite Starbucks’ aggressive anti-union campaign. Many say the pandemic accelerated the need to unionize.

The historic organizing drive was inspired by workers at a Buffalo store, who unionized in December 2021.

To date, 22 elections have been conducted, resulting in 20 union victories and two challenged elections, according to Workers United. There are 9,000 Starbucks nationwide.

Seven Starbucks stretch across Rockland County, including a location at Target in Spring Valley and the New York State Thruway Sloatsburg Plaza North. The Starbucks at The Shops at Nanuet closed last month. A new Starbucks is proposed for Route 304 in Clarkstown at West Nyack Road.

The unionization movement is brewing beyond baristas – farmworkers, meatpackers, and factory workers are joining the fray, taking a stand for workers’ rights. In 2016, only six percent of food workers belonged to a union, compared to 12 percent across industries, according to eater.com. Turnover in the industry is high, and many food workers are undocumented and fear retaliation from employers. And the unions that do already represent workers in meatpacking plants, grocery stores, and on farms have struggled to gain the influence necessary to go up against powerful food and agriculture giants in an industry where corporate consolidation continues to increase.

The elections come at a time when organized labor is asserting itself as a combination of strong corporate profits, inflation, worker shortages and pandemic-inflicted hardship has given unions additional leverage. Labor unions are hoping to capture the moment to expand their reach after decades of retrenchment. They have been bargaining hard on contract negotiations, winning back long-lost benefits for members amid a rash of strikes. And they are moving aggressively to organize nonunion shops.

To date, there have been 641 petitions filed with the National Labor Relations Board in 2022, the fastest pace of new petitions since 2008.

A Starbucks representative confirmed that the company was aware of the union petitions at the four stores, and said the firm will follow the NLRB’s process, “respect our partners’ right to organize” and is “listening and learning.”

Starbucks raised concerns in an annual disclosure that mass unionization could hurt its business and has allegedly attempted to stop workers from unionizing. The NLRB found that the java giant unlawfully retaliated against two Philadelphia staffers who were attempting to unionize.