Clarkstown Town Court Justice Scott Ugell in court Tuesday asked for an itemization of personnel and hours after the deputy town attorney said prosecuting the case of a homeowner who built an illegal addition and cut a swath of trees cost $6,800. 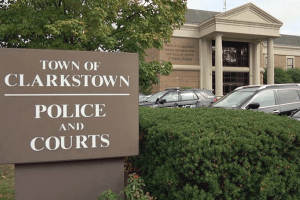 The judge set the next hearing for Nov. 16.

On Aug. 26th, Ugell on tentatively agreed to accept a settlement forged between the Town of Clarkstown and Edward Teitel, the Valley Cottage resident who built an illegal addition and allegedly cut down a swath of trees on town land but said the defendant should also pay a civil fine to compensate the town for hours spent on the case.

The suggested amount should compensate for time spent by the town attorney, engineers, building department inspectors and others who’ve worked on the case since Jan. 2021.

Ugell previously said he was satisfied with the global settlement offered to the court, which includes the replacement of 150 trees on West Hook Mountain on two town-owned lots adjacent to the homeowner’s property at 20 Old Stone Road. The settlement by defendant and homeowner Teitel also includes a $25,000 letter of credit to be used if trees need to be replaced, as well as a payment of $3,910 for a survey to establish the homeowner’s property boundaries. 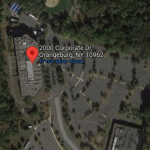 The SKAE Group, LLC is a mission critical services company that specializes in data centers and critical infrastructure facilities. The company owns, manages and operates a multitude of data centers in the eastern region of the United States.

CHROME Properties, a New City real estate brokerage firm, has earned the exclusive designation as a Certified Veteran’s Business Enterprise™ (VBE) from the National Veteran Owned Business Association (NaVOBA). His firm is the only veteran-owned brokerage in Rockland County. 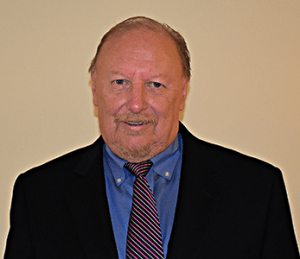 The brokerage is owned by Ron Chromey, a Vietnam Veteran.

To be eligible for the designation as a NaVOBA Certified VBE™, the firm must be at least 51 percent owned, operated, and controlled by one or more U.S. military veterans.

Certification is a protection for both veteran-owned businesses as well as the corporations and organizations that do business with them.

“People can easily say ‘I’m a veteran-owned business’ when they really aren’t,” NaVOBA President Matthew Pavelek said. “Corporations will not risk the accuracy of their supplier diversity spending goals by recording spending on contracts with firms that say they are owned by veterans if they aren’t absolutely certain of the ownership, operation and control of that firm. Working with a third-party nonprofit organization like NaVOBA and its VBE certification program provides that certainty.”

“This certification is especially valuable for obtaining commercial real estate contracts,” said Chromey, who also provides Business Broker and Merger / Acquisition Services though his affiliation with THE NYBB Group, a full-service, boutique Merger and Acquisition and Business Advisory Firm that specializes in the confidential sale, acquisition, and valuation of small and mid-sized, privately held businesses with revenues up to $100 Million.