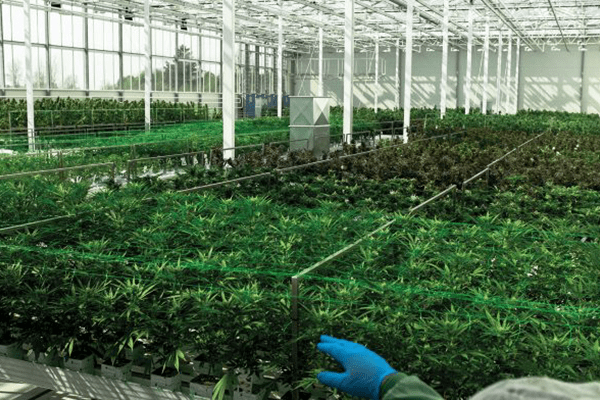 Now that New York has joined the ranks of states legalizing recreational marijuana, including New Jersey, property owners and commercial brokers are vying to participate in what is likely to be a new-age gold rush. The new laws, by all accounts, are expected to stimulate demand for cultivation sites, processing centers and retail dispensaries. But they also present challenges for the commercial real estate industry, which has not yet dealt with the complexities of this newly regulated industry.

Industry insiders say New York, and in particular the Hudson Valley, has the potential to be a significant player in the market for cannabis, with some analysts forecasting New York could end up with a bigger marijuana industry than California, one of the earliest states to legalize the drug.

While much remains to be ironed out, one thing’s for certain: cannabis businesses will need real estate, whether that means purchasing land or buildings, or leasing.

“Everybody’s talking about this but there are a lot of unknowns,” said Donny Moskovic, director of Katz & Associates, and the broker who leased Rockland’s only medical cannabis dispensary. “How many licenses will New York give out – it’s a big state? And there will be a steep learning curve, as there is with any licensed industry.”

New York has not yet settled the final details of the regulations that will govern the industry. The number of licenses that will be issued remains uncertain. Municipalities can bar retail sales within their borders or impose their own restrictions. And because operators can only sell marijuana produced within the state’s borders, in some cases demand may outpace supply, stunting the industry’s growth.

However, to obtain cannabis licenses in New York, businesses must show they have a location lined up by providing a lease, deed or sale contract. Prospectors and companies that already have a stake in the industry, including dispensaries, are scrambling to find industrial warehouses for cultivating or processing cannabis or storefronts where they can sell marijuana on a retail basis or offer on-site consumption.

According to a report released last month, in which the National Association of Realtors surveyed its members and found that in states where prescription and recreational marijuana use is legal, 35 percent had seen an increased demand in warehouses, 23 percent in storefronts and 18 percent to 28 percent in land.

New York’s upstate counties with undeveloped and available land may have an advantage for growing facilities but retail locations could crop up anywhere depending on the number of licenses issued and the temperature and tolerance of individual towns. Additionally, New York requires a 500-foot buffer from schools.

Moskovic leased Sunnyside, formerly Remedy, a medical cannabis dispensary in Bardonia in 2019. Medical marijuana became legal in New York in 2016, and although the law has expanded over time, it is seen as unusually restrictive. Currently, only 13 conditions qualify for medical marijuana use; the drug may not be smoked (vaping is allowed, but not in public). But medical dispensaries will be among the first to be poised to expand to adult-use cannabis.

Cannabis businesses large and small are eyeing the tri-state area. Hudson Valley will be a competitive component of the market, according to industry experts. Land-rich counties stand to benefit from the need to build vertical operations. New York has said 50 percent of cannabis licenses will be issued to minority- or woman-owned businesses, distressed farmers, or service-disabled veterans.

Landlords in New York face both state and federal restrictions, as well as zoning issues. The U.S. government still characterizes cannabis as a Schedule 1 drug.  Properties with loans or mortgages from federally chartered banks are still prohibited from leasing to marijuana dispensaries. And, buildings with commercial mortgage-backed security loans can’t lease to cannabis businesses.

The development of an adult-use cannabis industry in New York State under this legislation has the potential to create significant economic opportunities for New Yorkers and the State. Tax collections from the adult-use cannabis program are projected to reach $350 million annually.