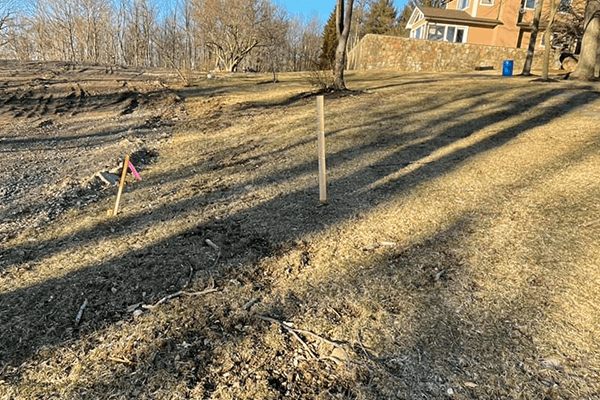 The New York-New Jersey Trail Conference is asking the Town of Clarkstown to refrain from striking a settlement with a Valley Cottage homeowner who built an illegal house addition and who allegedly cleared a large swath of trees from his secluded property as well as from town-owned land on West Hook Mountain until residents have a chance to participate in the process.

Joshua Howard, Executive Director of the New York-New Jersey Trail Conference is urging the town to share any prospective settlement with Clarkstown residents and give them an opportunity to weigh in. He also says the NY-NJ Trail Conference notified the town of illegal tree clearing back in July 2019.

“While we are glad to hear that a settlement is being sought to make amends for these damages, we believe it is important that the public have the opportunity to see and comment on the substance of the settlement before it is formally entered into,” said Howard in a letter to Town Attorney Leslie Kahn dated May 3.

“We urge you not to move forward on any settlement until the Clarkstown Police have fully completed their investigation of the criminal destruction of our parkland and any other potential wrongdoing.”

“The Town has not entered into an agreement or stipulation with Mr. Teitel,” said Kahn.

“The Town has received a tremendous amount of input from residents and has spoken with the NY/NJ Trail conference regarding this matter and understand their concerns,” Kahn wrote to RCBJ.  When asked whether there would be any public discussion regarding a settlement, Kahn addded, “the Town is not aware of any precedent under this Administration or any other administration where the public has been included.”

Feerick previously told the court his client Edward Teitel “has started dealing with the violations” and that he is “taking voluntary efforts to ensure compliance.”

Feerick said his client had applied for land disturbance permits, has given the town a “TOPO,” or topographical map of the property and has undertaken efforts to seed and soil the disturbed land to control runoff. He said his client has submitted an “as built” plan to the town.

Clarkstown has taken steps to cite Teitel for building a second-floor addition to his home at 20 Old Stone Road without a permit. But local residents and environmental activists want the town to punish the owner for allegedly removing a large swath of mature growth trees on the owner’s land as well as on abutting town-owned property purchased nearly 20 years ago through the town’s Open Space Fund.

RCBJ has learned that the trees had not been razed when the previous homeowners sold the property in 2018.

The land was purchased under the Town’s Open Space Initiative. Funds from the town’s $22 million open space bond in 2003 were used to purchase the $1.7 million property. Clarkstown voters passed the referendum in November 2000 for the acquisition of open space. The West Hook Mountain property was cited as one of the driving forces behind the open space bond referendum.

“The West Hook Mountain Open Space parcel was preserved by the Town of Clarkstown along with assistance from the Trust for Public Land and the New York-New Jersey Trail Conference,” wrote Howard. “The acquisition of the parcel was for the planned future relocation of the Long Path hiking trail onto West Hook Mountain, eliminating a dangerous road walk. This relocation is currently in process.”

The New York-New Jersey Trail Conference maintains the Long Path, one of New York State’s premier hiking trails. The Trail extends from New York City all the way to the Adirondack Park near Albany. The Long Path is included in the Rockland County Official Map, it is cited as an Aesthetic Resource in The Town of Clarkstown Comprehensive Plan, and it is cited as a Regional Conservation Priority in the New York State Open Space Plan.

In July of 2019 Trail Conference representatives observed the dumping of landscaping waste, illegal ATV usage, and the illegal clearing of trees on the subject parcel, the letter cited.

“The Town of Clarkstown was notified of these issues and issue was referred to the Town Engineer, Dennis Letson,” Howard wrote. “A settlement which does not reflect the extent of the damage inflicted will only serve to embolden future residents and contractors who would prefer to break the law at their convenience.”

On Nov. 16th, the town issued a Stop Work Order and Notice of Violation under provisions of the town’s Stormwater Management code. The order calls for the property owner to maintain, repair, and install silt fences, issue a site plan, and submit a survey.