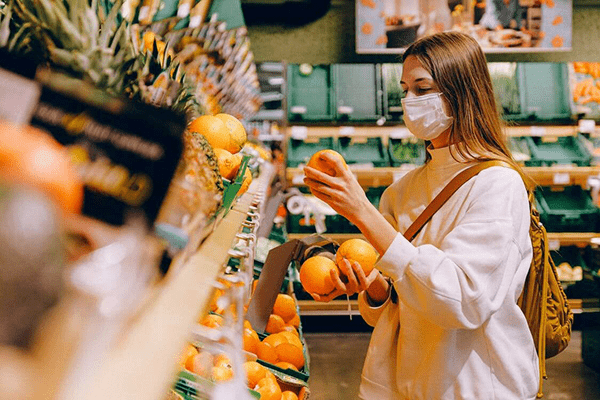 Americans Are Paying More For Food And Household Goods

Rockland County residents, along with Americans across the country, have been paying more for staples such as meat, eggs, and poultry as well as everyday household goods due to the pandemic, according to C+R Research, which recently surveyed 2,040 consumers on how COVID-19 has affected their budget, shopping habits and diets.

Grocery prices skyrocketed beginning in March and still haven’t fallen to pre-pandemic levels, according to C+R.

85% of American consumers report paying more for groceries during COVID-19 with an average weekly spend of $139.

65% have cut back on their food budget during the pandemic by eating less meat, Seeking discounts, eating less poultry, avoiding organic items, and buying in bulk.

65% of respondents say they’d spend the majority of a second stimulus check on groceries and food, if one were issued.

Beef and eggs have seen the greatest price increases since the pandemic. According to the Bureau of Economic Analysis (BEA), beef prices are 10.3 percent higher than they were in February of this year, while poultry is 6.3 percent higher and eggs are 5.9 percent higher.

Three quarters (75 percent) of Americans say they have been paying more for household goods such as paper supplies, appliances and cleaning products, which are all priced higher since the pandemic, according to the Bureau of Economic Analysis (BEA).

Along with higher prices, consumers say they’re still experiencing shortages for certain items. For products they normally purchase, most (83 percent) say they are still having difficulty finding groceries and over three-quarters (78 percent) are still having trouble finding household goods.

As consumers continue to navigate the uncertainties of COVID-19, about two-thirds (65 percent) say they’ve been cutting back on their food budget. On average, consumers say they’re spending $139 per week on groceries and the vast majority (88 percent) are concerned grocery prices will continue to rise rather than level out or decrease.

When (or will?) will higher prices return to pre-pandemic levels?

While no one has a crystal ball, nearly a quarter of consumers are hopeful they will see some relief at the checkout counter by spring 2021, but just about the same proportion aren’t sure. And, if a second wave were to happen, how much of an impact will it have on grocery and other household products and services?

According to consumers, most (87 percent) fear it will lead to grocery shortages and a similar proportion (86 percent) are concerned a second wave would bring even higher prices. Two-thirds of consumers (67 percent) are preparing themselves by stocking up on essential food items, while the other one-third have only stocked enough food to last two weeks or less.

While many national and local grocery chains have implemented safety guidelines and social distancing policies for both shoppers and employees, most consumers still feel uneasy about shopping inside of a store. More than two-thirds (69 percent) of consumers said they had started using alternative shopping methods like grocery delivery services or grocery pick-up since the start of the pandemic. Whether these changes alter shopping forever remains to be seen, but it is clear consumers are prepared to adapt and navigate their way through the pandemic and beyond.