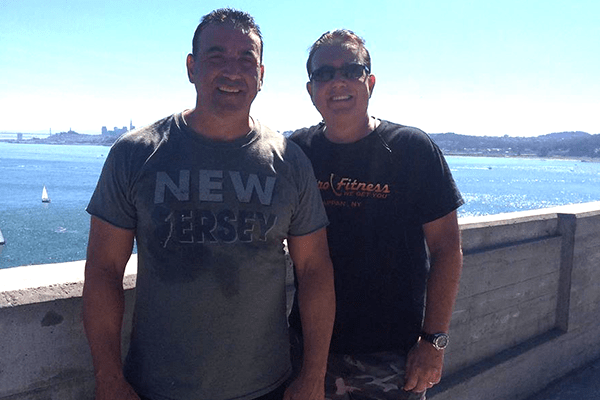 While uncertainty lingers over Gov. Andrew Cuomo’s decision to allow gyms and health clubs in New York to reopen, Retro Fitness in Pearl River and Tappan is hanging tough. The two gym franchises, run by a New Jersey family that pivoted from 35 years in the construction business to owning local gyms in Rockland County, has thus far survived the pandemic shutdown through a rainy-day cushion, online classes, and a forgiving franchisor.

The West Palm Beach franchisor Retro Fitness, which was founded in Colts Neck, New Jersey and has more than 125 locations, has forgiven the 7 percent monthly franchise fees since mid-March.

Brothers Dennis and Gary Zysman, who own the Retro Fitness franchises, say the greatest hardship has been paying rent on its two 25,000-square-foot gyms since March 16th while the company has not brought in a “single dollar of revenue.”

“We’re trying to negotiate with the landlord,” said Dennis Zysman, adding that if he’d known on March 16th that the state-mandated lockdown would leave his gyms shuttered for four months or more, he would have tried to negotiate for a more global rent abatement rather than going month to month. Meanwhile, insurance, water and electricity bills need to be paid.

All of Retro Fitness’s 75 employees were laid off and put on unemployment though the gyms are preparing to rehire the entire staff, and potentially increase the number to bring on people to keep the gym spotless.

“We’re paying a significant amount every month,” said Zysman. “We accumulated 35 years of wealth in the construction business so we can sustain ourselves but we’re not millionaires. At the end of the day, we’re all fighting for survival. We’ve seen a lot of businesses go out. I feel bad for the little guy who can’t make it.”

It’s not just the little guy – gyms like 24-hour Fitness and Gold’s have both filed for bankruptcy.

Nothing has frustrated Zysman more than learning his business interruption insurance policy is exempted from a pandemic. He has been tracking a proposed Assembly Bill (10226 – B) that would cover businesses for income lost “during a period of a declared state emergency due to the cononavirus disease 2019 (COVID-19) pandemic.”

“This would make a dramatic difference,” said Zysman. “It would make us whole.”

Despite uncertainty, the Zysmans remain optimistic. They have focused on repainting, sanitizing, and preparing the gym for a COVID-19 world with appropriate spacing of equipment and rigorous cleaning procedures. The franchisor has been instrumental in researching and providing guidelines for a safe environment. And the gyms have stayed in touch with members to continue nurturing relationships and providing online classes to both members and the public.

About eight years ago, the Zysman brothers were burnt out and looking for a gig. They purchased the Tappan franchise in 2012, and added Pearl River three years later. In mid-March, the two locations were rated amongst the top 12 in the Retro Fitness franchise. The gyms, which offer workouts, free weights, trainers, have continuously attracted members with a $19.99 a month price point and friendly, community-minded service.

The brothers admit they are antsy, not knowing when they will be given the green light to reopen. Gyms had been allocated to New York’s July 7th Phase 4 reopening but Zysman said he’s not sure gyms, movie theaters, malls and entertainment centers will be allowed to open as planned. Recent spikes in the county, as well as a troubling rise in coronavirus cases nationwide, may delay parts of Phase 4 reopenings.

“Phase 4 was something we were looking forward to,” said Zysman. “Now we don’t know. Will it be a week, two weeks, three months from now? It’s not like there’s a Phase 5.”

The protracted pandemic lockdown is putting small businesses to the test. How long can a business endure?

“I’m a Type A, 57-year old,” said Zysman. “The hardest part is just not knowing. Feeling out of control. But I know we’ll be successful again. We will figure it out. We will have more members than before.”