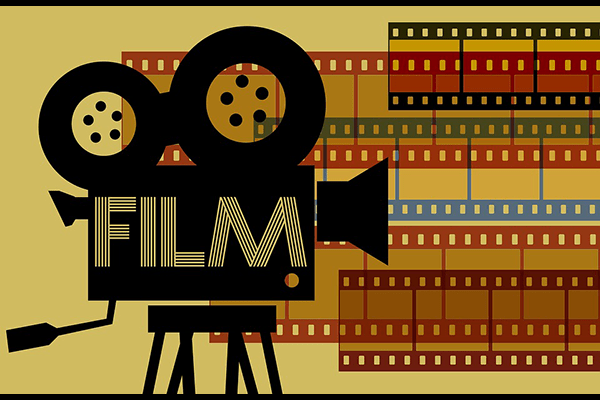 The cinema has long stood as our go-to for escape and entertainment, particularly during dark moments in our history including The Great Depression, recessions, World Wars.  Ironically, at a time when we are facing the most existential challenge to our health and economy, access to the collective movie experience is off limits. To keep us safe from the coronavirus, we are unable to gather in close-knit spaces, depriving us of that quintessential communal pleasure of being with others as the theater lights dim and we are transported digitally to a world beyond our own.

What’s been borne from this new normal are novel – or in some cases – nostalgic ways to experience film. Suddenly the drive-in movie is the hottest idea since hamburger-serving teens on roller skates. Since most drive-ins have gone the way of T-Rex, many are innovating ways to project films on blank canvasses or walls.

Meanwhile, curators of film festivals and organizations like Nyack-based Rivertown Film Society, are scrambling to adapt to the social-distancing world by bringing their offerings online. Many film festivals this spring and summer have already been cancelled, including the Cannes International Film Festival. But in Rockland, at the last minute, co-hosts Rivertown Film and the non-profit, ROSA 4 Rockland redirected the annual Wild & Scenic Film Festival from the Lafayette Theater in Suffern to a streaming platform, with great success.

Rivertown Film for nearly 20 years has brought independent, foreign, and documentary films to Nyack and the county. The organization was founded by filmmakers who watched single-screen movie houses disappear after the Palisades Mall was built with an AMC multiplex in the late 1990s.

“We were seeing the demise of anything that played art house films,” said Rivertown Film’s executive director Matthew Seig. “We saw an urgency for having a place to see a Woody Allen film or a foreign film.”

Days leading up to New York’s lockdown, the organization was preparing to show Varda by Agnes, a film about the mother of the French New Wave, one of France’s most significant film directors.

“At first we were without clear guidance from the county, state or the federal government,” said Seig, recalling the days leading up to March 11th. “We were talking about forging ahead with fewer seats, not selling refreshments, and we’d sent an email to our mailing list to let people know. But things were moving so fast, and literally the next day, even before the official lockdown, we canceled the program.”

Seig said Rivertown Film didn’t deliberate over what to do next for long – they went directly to streaming to keep the continuity going for dedicated fans and film buffs. Part of what makes Rivertown Films a communal experience are the Q&As with film directors. Thanks to Zoom and other group meeting technologies, Rivertown Film will continue to offer the intimacy of post-screening discussions.

Pre-pandemic, the organization was screening films twice a month at the Nyack Center, charging $12 for admission, $9 to members and $8 to seniors and students. Like most nonprofits, the groups depends on small county grants, fundraising, sponsorships, and membership. The $80,000 annual budget covers its part-time executive director and the cost to distribute (between $250 and $400 per film), venue rental, technicians, and promotional materials, as well as on overhead including office rent, insurance and accounting.

Ideally, the cinema experience is meant to be shared but Netflix, Amazon, Hulu, HBO, and a bunch of streaming platforms have prepared us for this moment.

Seig, like most film aficionados, misses the shared experience of seeing a film en masse but does note that streaming may ultimately be an economical way to bring indie films to an audience that wants curated films.

“It typically costs $600 to show a film, and we often don’t get as many as 50 people,” he said. “At times we do lose money. The executive director also said he’s unsure about county grants in the near future considering virus’ damage to local budgets.

“The pandemic has upended everything, but probably not forever,” said Sieg. “It’s hard to speculate how long this will take. My real fear is being associated with anything that puts lives in danger. Nothing else matters. If and when things come back, they have to be safe.”

In the meantime, Rivertown Films will continue its mission online.

Rivertown Film is partnering with the Center for Safety and Change to present two films by Rockland County filmmakers that are about sexual assault. The center reports demand for their services has increased by 60% while people have been sheltering due to the Covid-19 virus.

TAPE, directed by Deborah Kampmeier, is a visceral moment-by-moment unveiling of the way ambitious and everyday women are systematically coerced and taken advantage of. Starting on June 2, ticket buyers will be emailed a link to the film as well as the discussion. The film link can be used to view TAPE at any time on June 3 though 6. Kampmeier will take part in an online discussion on June 6 at 7:30 pm. Income will be help support the filmmaker, as well as the programs of the Center for Safety and Change and Rivertown Film Society.

The premier screening of The University, directed by Rockland County filmmaker Juliana Roth, is about a college freshman who is sexually assaulted by a peer. She withdraws and the film turns its attention to a survivor’s journey through the Title IX process.

The University will be available for viewing June 5th through the 11th and Roth will take part in an online discussion on June 11 at 7:30 pm.

“Our goal is to keep our community intact,” Seig added.