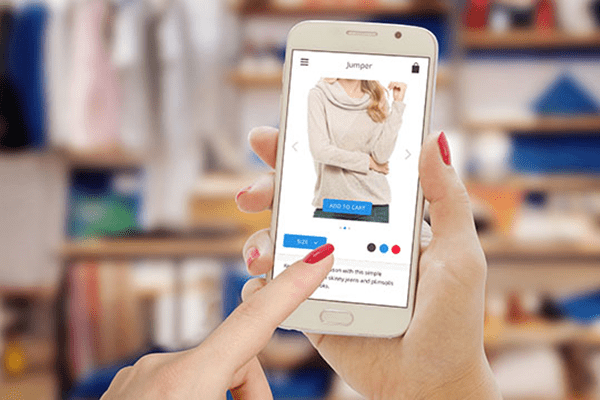 $7.4 Billion In Online Sales Between Thanksgiving and Black Friday

Consumers are still feeling fairly confident about the economy, if holiday spending is any indication. Adobe Analytics estimates that the sales for the full weekend (Thanksgiving through Cyber Monday) will top $29 billion, or 20% of total revenue for the full holiday season, up from 19% last year.

But the thing to watch are online sales.

By the end of Black Friday, retailers scored a record $7.4 billion in online sales alone, according to Adobe Analytics.

“This is the year that will go down in the history books as the tipping point between digital and real world,” Jon Reily, head of global commerce strategy at Publicis Sapient, told Retail Dive in an interview. “We knew it was coming and 2019 is the year.”

Clicking Their Way To Purchases

Thanks to social media and retail apps, consumers on Black Friday spent more on their phones than ever before, beginning on Thanksgiving when digital sales grew 17% to $4.1 billion, according to Salesforce.

Mobile orders increased 35% on Black Friday this year, with 65% of all e-commerce flowing through a mobile device. Of the more than $900 million total sales made by Shopify merchants, 69% of purchases were made on mobile, with the remaining 31% on desktop.

Adobe called Black Friday “the biggest day ever for mobile,” tracking $2.9 billion in sales from smartphones alone, or 39% of all e-commerce sales, a 21% increase from last year. The percentage of online traffic from smartphones rose 15.8% from last year to 61%, Adobe also found. Unsurprisingly, e-commerce giants (those with more than a billion dollars in annual revenue) outperformed their smaller counterparts (those with less than $50 million) with smartphone revenue share that was 11% higher and 66% more efficient at converting mobile visits into sales.

The trend continued through Saturday, when smartphones drove 41.2% of all e-commerce revenue, 22.2% more than last year. That’s “slightly higher” than the 35.9% that has been more typical of this year, Adobe said.

“Black Friday broke mobile shopping records with $2.9 billion spent through smartphones alone,” Taylor Schreiner, principal analyst and head of Adobe Digital Insights, said in a statement, noting that the imminent arrival of Christmas in this shortened season makes jumping on the phone preferable to standing in line. “Even when shoppers went to stores, they were now buying nearly 41% more online before going to the store to pick up.”

Store traffic fell over this past weekend compared to last year, although the brick-and-mortar picture was mixed.

Store analytics firm RetailNext, in a report covering “tens of thousands of stores across hundreds of brands,” similarly found Black Friday brick-and-mortar traffic down 2.1%, sales down 1.6% and average transaction value down 6.7%. However, conversion rate was up 1.7% and shopper yield up 2.7%, according to RetailNext. The traffic slowdown wasn’t as pronounced as years past, and intent to buy was clearly up, according to that report.

Stores With Pickup Services Edge Out An Advantage

A quirk of mobile shoppers is that they seem to have an eye on physical stores, and many of them end up buying there, too.

One out of every five online purchases will be picked up in the store, according to The NPD Group’s Holiday Purchase Intentions Survey. That’s good news for retailers that have rapidly scaled their in-store pickup options for online purchases, because many of those customers buy even more when they get there, according to NPD chief industry advisor Marshal Cohen.

“The consumer’s adoption of mobile shopping can lead them to the store, where most impulse spending takes place,” Cohen said in emailed comments. “This further demonstrates the importance of a seamless retail approach in keeping up with today’s retail environment, especially during the competitive holiday shopping season.”

Discounts tied to the holiday began well before Thanksgiving this year, likely a reflection of the late start to the season and the spending pullback seen at some retailers during the third quarter. Despite that, Black Friday was still a day when consumers came looking for “even better offers,” according to Adobe. Average order value on Black Friday rose 5.9% year over year to $168, a new record, in part because shoppers have become more comfortable buying bigger ticket items online, Adobe said.

Of the 32 retailers visited by Coresight this past weekend, 25 offered promotions, with discounts averaging 37% to 47%. “Shoppers seemed motivated by Black Friday deals this year,” Coresight researchers said in their report. “Home and consumer electronics products were strong, indicating that consumers continue to invest in their homes. Accessories and clothing were top sellers too.”

“The weekend between Black Friday & Cyber Monday is emerging as a truly lucrative period for online commerce,” Adobe Lead Analyst Vivek Pandya said in emailed comments. “With a projected $7.6 Billion generated over Small Business Saturday & Super Sunday, consumers are taking advantage of post-Black Friday deals and are accelerating spend in the run-up to Cyber Monday.”

But in all, the Thanksgiving-Black Friday weekend was perhaps not as good as it could be, if not as bad as feared. In fact, it was pretty much “In line with estimates,” according to Forrester Research analyst Sucharita Kodali, who noted that tariffs seem to have no impact.

“Nothing extraordinary,” she told Retail Dive in an email, citing Adobe’s numbers.