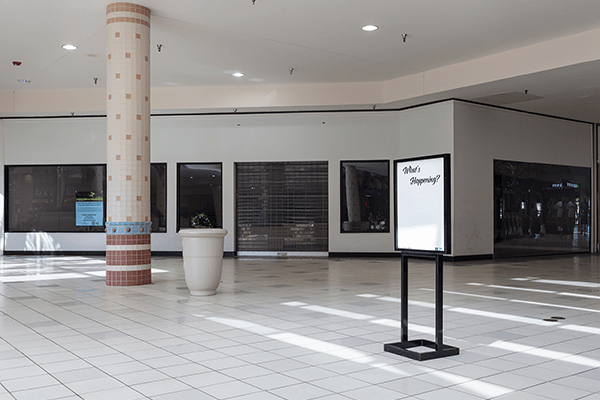 The post-Christmas season will be rough for 91 Lord & Taylor employees who will be laid off on January 31, 2020. The layoffs, reported by the Department of Labor, will affect the entire staff at the soon-to-be dark department store at the Palisades Center.

A new report by UBS says apparel spending continues to move online, away from bricks-and-mortar stores, with about 25% of total apparel sales in the U.S. taking place online today. That percentage is expected to grow to 31% by 2023.

This week alone saw retailers Forever 21, Olympia Sports, Barney’s, Dressbarn and others closing hundreds of stores across the nation. Clarkstown and Rockland County are feeling the obsolescence of “softline” or apparel and textile retailers.

A record number of stores have already closed this year in the United States — now exceeding 9,000 stores and there is a growing belief that total store closings could hit 12,000 in 2019.

2020 could be an even worse year for retailers. “[It is] increasingly tough for Softlines retailers to justify keeping underperforming stores open, and wouldn’t be surprised to see another large-scale round of closure announcements in early 2020,” reports Credit Suisse analysis.

Credit Suisse in October downgraded retailers like Macy’s, Gap and L Brands from “neutral” to “underperform,” which sparked CNBC Mad Money host Jim Cramer to declare a “Mall Armageddon” could be near. Macy’s stock has fallen 49%, Gap’s has dropped 36% and L Brands has gone down 35%.

Lord & Taylor’s closure comes amid a shrinkage of department stores and big boxes in Rockland, and nationally. Empty stores fronts in the Route 59 corridor and in the Palisades Center are victims of the retail apocalypse, a syndrome occurring nationwide as a response to both a glut of retail as well as a migration to online shopping. And now with a potential recession looming and a tariff war, the prospects of a healthy retail scene looks even more pessimistic.

For the sixth straight year, U.S. consumers say the availability of online shopping is causing them to visit large regional and outlet malls less.

UBS expects the shift will hurt department store chains, like Macy’s and J.C. Penney more than anything else. It said “disruption” in the apparel industry will go on for “at least the next five years.”

In its survey of more than 2,500 consumers, UBS said the percentage of people who go to the mall to shop at department stores fell to 20% this year, from 25% a year ago.

The CEO of the biggest mall owner in the U.S., Simon Property Group — which owns The Shops at Nanuet, said late in October that the retail industry looks to be “reaching the bottom” of a tumultuous wave of bankruptcies.