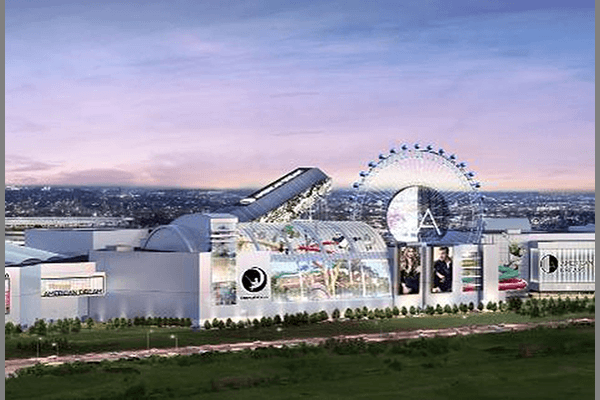 Will Colossal Mall Drive Traffic Away From Local Malls?

Will the American Dream retail and amusement complex in New Jersey’s Meadowlands be a nightmare for the Palisades Center, Rockland’s number one tourist attraction?

After nearly two decades of stalled starts and multiple developers, the American Dream mall is scheduled to open its doors Oct. 25. Owner Triple Five Group said it is expecting 40 million visitors each year once the full mall is up and running. If it attracts even a fraction of that traffic, it could spell bad news for some of the nearby malls already competing for the metropolitan area’s dollars, including the Palisades Center and the Shops at Nanuet.

Based on its stated offerings, it appears American Dream includes just about everything that constitutes food, retail, entertainment and then some. Though American malls are on the decline, American Dream is opening a virtually “city” of American commerce on one footprint.

Vacancies in US shopping malls have hit an eight-year high. One in four malls could close by 2022. In 2017, 105 million square feet of retail space shuttered; in 2018, that amount was 90 million square feet. Neither The Shops of Nanuet nor The Palisades Center have been immune to the shrinking retail industry, particularly among high-end brands and department stores.

But the American Dream is not just a promising to be a mall with a few attractions; it’s aiming to be a pleasure palace for every palate.

No doubt mall owners within 100 miles will be gauging whether American Dream dilutes traffic or hurts sales. But mall owners seeking to reinvent will likely take stock of the new mall’s template of mixed retail and entertainment.

The Palisades Center did not return calls seeking comment.

American Dream is scheduled to open in stages—first the theme park and ice skating rink, with the retail component ramping up early next year. Its 3 million square feet are 45% retail and 55% entertainment, including what it calls the Western Hemisphere’s biggest indoor theme park, North America’s only indoor snow skiing and a DreamWorks water park.

The American Dream, a lifestyle and retail destination, is expected to have more than 450 shops, services and amenities. American Dream will open in four different stages between October and March.

Nickelodeon Universe Theme Park, which officials are calling the largest indoor theme park in the Western Hemisphere, will open on Friday. The park features more than 35 rides, rollercoasters and attractions.  American Dream says it will have three world-record breaking coasters – the world’s steepest roller coaster, tallest and longest spinning coaster, and tallest indoor spinning drop tower, as well as a nine-story ropes course.

DreamWorks Water Park, slated to open Nov. 27th, The indoor will have more than 40 water slides and 15 attractions from SurfRiders to a lazy river. There will also be a 1.5-acre wave pool that officials at American Dream say will be the largest in the world. Mall owners say park will have the world’s tallest indoor body slide at 142 feet. There will also be 31 luxury cabanas.

Dec. 5 is the planned opening of the slopes at Big Snow, which American Dream calls North America’s only indoor real-snow park. It will stand 16-stories tall and span more than 180,000 square feet. Big Snow will offer year-round skiing, snowboarding and snow tubing, alongside indoor snow play and event space. A collection of ski and snowboard retail stores known as “The Shops@Big Snow” will surround the snow park which will offer equipment, accessories and fashion outerwear. Big Snow will offer equipment rentals, lessons, a shopping village and a ski lounge.

In March, 350 stores are expected to open, from internationally renowned luxury houses like Hermès, Dolce & Gabbana, Saint Laurent and Moncler, to iconic American specialty retailers like Saks Fifth Avenue and Tiffany & Co., as well as others like Zara, H&M, Uniqlo and Primark. More than 100 food options will also be available.

American Dream will have a 1,300-seat performing arts theater, a Sea Life Aquarium and a Legoland Discovery Center and an Angry Birds-themed miniature golf course.

The food hall will include 18 hot spots from the best local and regional food sources, a cooking studio, two revolving kitchens showcasing up-and-coming chefs, and more.

The Dining Terrace will feature more than 20 full-service restaurants complete with views of Manhattan and an upscale, alfresco-like setting.

Triple Five Group says that the food hall will be the first ever strictly kosher food market in a North American retail and entertainment destination.

H Mart, an Asian American market with 61 stores in the United States will open a 35,000-square-foot store and restaurant. The location will feature national and international Asian food concepts, an on-site bakery and a stage with live music, craft cocktails, entertainment and weekly events, the report said.

The movie theater chain has a number of theaters across the country. Last year, the Triple Five Group opened an 872-seat venue with oversized luxurious recliners, digital projection and audio, and a 1,650-square-foot culinary market area at the Mall of America.

KidZania is an interactive education and entertainment centers for kids. The 80,000 square foot indoor city provides kids with the opportunity to role-play and explore more than 100 professions. Kids can learn to fight fires, pilot airplanes, act in plays, design robots, perform surgery, go on secret missions and much more.