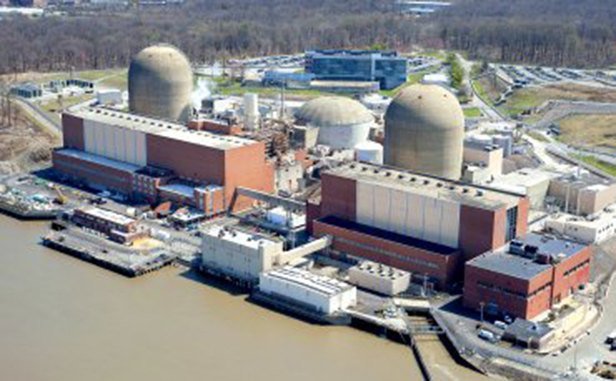 Entergy Corp. (NYSE: ETR) has agreed to sell the subsidiaries that own Indian Point Units 1, 2, and 3, located in Buchanan, N.Y., to a Holtec International subsidiary for decommissioning. The sale, which will be effective after Unit 3 has been shut down and permanently defueled, includes the transfer of the licenses, spent fuel, decommissioning liabilities, and Nuclear Decommissioning Trusts (NDT) for the three units.

“The sale of Indian Point to Holtec is expected to result in the completion of decommissioning decades sooner than if the site were to remain under Entergy’s ownership,” said Entergy Chairman and Chief Executive Officer Leo Denault. “With its deep experience and technological innovations, Holtec’s ability to decommission Indian Point will benefit stakeholders in the surrounding community.”

With this agreement to sell Indian Point, Entergy has now announced the sale of its entire remaining merchant nuclear fleet for decommissioning.

Following regulatory approvals and transaction close, Holtec plans to initiate decommissioning at Indian Point decades sooner than if Entergy continued to own the units. A more defined timetable will be developed in connection with Holtec’s preparation of its Post-Shutdown Decommissioning Activities Report (PSDAR) and Site-Specific Decommissioning Cost Estimate (DCE). Holtec will submit those reports to the U.S. Nuclear Regulatory Commission (NRC), likely in the fourth quarter of 2019. The transaction closing is targeted for the third quarter of 2021.

The transaction is subject to closing conditions, including approval from the NRC. The companies also plan to seek an order from the New York State Public Service Commission (PSC) disclaiming jurisdiction, or alternatively, approving the transaction. Closing is also conditioned on obtaining from the NYS Department of Environmental Conservation (DEC) an agreement confirming Holtec’s decommissioning plans as being consistent with applicable standards.

Entergy will continue to operate Indian Point Unit 2 and Unit 3 until their permanent shutdowns in 2020 and 2021, respectively.
With the acquisition of the Indian Point Energy Center, Holtec’s fleet is expected to grow to six reactors at four nuclear facilities and an independent spent fuel storage installation, located in Michigan, New York, New Jersey, and Massachusetts. Oyster Creek (N.J.) and Pilgrim (Mass.) License Transfer Application requests are pending at the NRC, with anticipated closings in 2019, subject to NRC approval. Holtec and its affiliates specializing in demolition and decommissioning will deploy operating processes and methods that enable them to expedite site clean-up and minimize occupational dose to workers. Minimizing any incidental disruption of the land, water, and air at and around the IPEC site is an overarching undertaking that is a part of Holtec’s core expertise.

Drawing on its own and its affiliates’ expertise in ensuring personnel safety and its pioneering decommissioning technologies, Holtec expects to accrue tangible benefits to the local community by returning the site (excluding the site’s heavily shielded storage casks on the storage pad safely storing the spent nuclear fuel) to productive use much sooner than would occur if Entergy selected the maximum SAFSTOR option under the NRC regulations. Holtec will transfer all of the used nuclear fuel to its dry fuel storage cask systems to be stored at the on-site reinforced concrete pads, which will remain under guard, monitored during shutdown and decommissioning, and subject to the NRC’s oversight, until the U.S. Department of Energy removes it in accordance with its legal obligations, or until Holtec’s proposed Consolidated Interim Storage (CIS) facility in New Mexico, named HI-STORE CIS, is ready to begin accepting used fuel from across the country.

“Holtec will execute the decommissioning of Indian Point with the same culture of excellence that has undergirded our company’s ascent to a first-tier nuclear technology firm,” said Dr. Kris Singh, President & CEO of Holtec International. “Our industry-leading expertise and deep experience permit us to complete decommissioning at Indian Point decades sooner than if Entergy remained the owner and performed decommissioning itself. The potential for the site to be released decades sooner for redevelopment could deliver significant benefits to local community stakeholders and the local economy.”

“Holtec will hire Entergy’s employees at Indian Point who are employed at the site at the time of the transaction and identified by Entergy as an employee whose services are required for that phase of decommissioning. Holtec looks forward to engaging with site employees, the local community, and other stakeholders over the coming months and years as we discuss our vision for the decommissioning of Indian Point.”